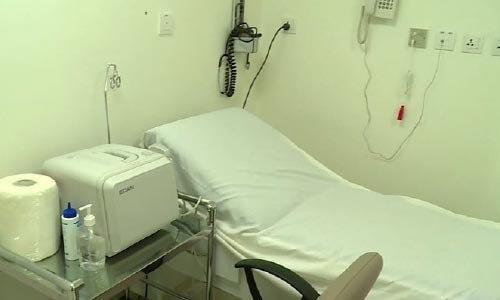 The Afghanistan Independent Human Rights Commission (AIHRC)said they surveyed 129 women across 13 provinces and found 92.3% of them underwent virginity tests without an official court order or the woman’s consent.

The report released on Sunday, said that despite the enactment of the Penal Code that restricted virginity tests to the consent of the woman being tested in 2018, they continue to be done for proving crimes of rape, zena or sodomy.

According to the commission’s report, only one among the 129, was referred based on the court’s sentence while nine had volunteered for the tests to “remove” the allegations against them. The rest were all done without consent.

Of the 129 women, 64 said they had been referred by the police, 32 by the Attorney General’s Office, five by safe houses and four by National Security. There were 14 who did not specify which institution had asked them to get tested.

The purpose of these examinations also varies as 44 were tested to prove the presence or absence of sperm in their genital area, 31 to test for virginity, 29 to prove recent sexual intercourse and six for rape.

They further found that 100 respondents were tested by women doctors while four by male doctors – which is a violation of the Penal Code.

Also worth noting, that 62 of the women were married, 34 were single, 12 were engaged, 14 were widowed and seven were divorced.

AIHRC The commission’s findings also show that of these women, 78 lived in prisons, nine in police stations jails and 42 in safe houses.

The commission’s investigation also shows that out of 129 women, 26 of them expressed their hatred for the one who introduce her for the test, 22 for the examining doctor and six for their family members.

When talking about the psychological consequences of such forced examinations, over 20% said they felt extreme hatred towards those who sent them to be investigated, while 17% said they hated the doctor who conducted the test.

Moreover, 24 respondents (18.6%) said that they felt sad and painful after the examination and that in some way, they were actually “tortured.”

In addition, 10 women said they felt isolated after the examination and four women even admitted to think about attempted suicide. There were 12 women who said they had all these feelings and 25 refused to answer the questions.

The AIHRC said that forced gynaecological examinations are against “women’s human dignity” and a violation of their human rights.
According to the commission, these examinations are against the provisions of international conventions and documents such as the United Nations Charter, the Universal Declaration of Human Rights, the International Covenant on Civil and Political Rights and the Convention against Torture.

Recently, the Cabinet Law Committee, with its amendment to the Penal Code, announced that the virginity test is subject to the consent of the woman and the competent court order.