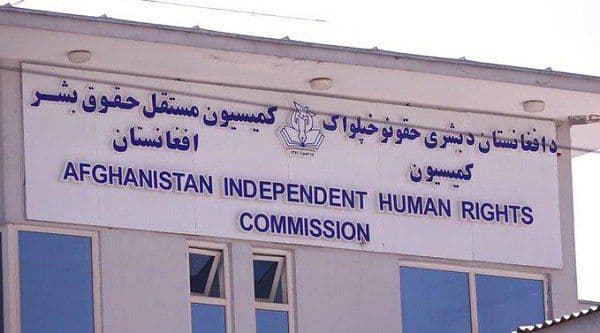 AIHRC Expresses Concern Over Continuation of Journalists Assassinations, Limitation of Access to Information

Afghanistan Independent Human Rights Commission (AIHRC) says the freedom of expression is one of the most important achievements of Afghanistan in the last twenty years and the country has made significant progress in recognizing freedom of expression, as a fundamental and natural human right and one of the foundations of the civil and political rights of its citizens.

AIHRC in a statement said on Monday that using a legal framework, the Afghan media has played a key role in citizens’ access to information, increasing government accountability, and improving democratic institutions, despite the difficult security situation in the country.

“In the past few months, targeted assassinations of journalists have had a negative impact on the reporting process across Afghanistan. According to media officials, a number of women journalists in the provinces have left their jobs. Journalists’ access to even districts close to provincial capitals has become difficult. Reporters simply can’t navigate in a number of cities. Some journalists and media outlets in the provinces have been threatened and neglected when reporting to government agencies,” the statement said.

More than 100 journalists and members of pro-journalist organizations from across Afghanistan shared their concerns and problems in a meeting on Saturday with Shahrzad Akbar, the chairwoman of the Afghan Independent Human Rights Commission and the commission’s leadership.

“The Afghan journalistic community has been under severe psychological pressure in recent months. Journalists concern that their work and living space is more limited. The Afghan government has not yet provided satisfactory information to the Afghan media community about its role in preventing serial killings of journalists, prosecuting suspects, and prosecuting such cases,” the statement reads.

The statement cited that the journalists believe that if the Afghan government fails to reassure journalists about the protection of their lives, some of them may be forced to leave the country.

“Also, the increase in targeted attacks has increased self-censorship in the media community, and this atmosphere of fear can have dire consequences, especially for investigative journalism in different provinces of the country,” the statement added.