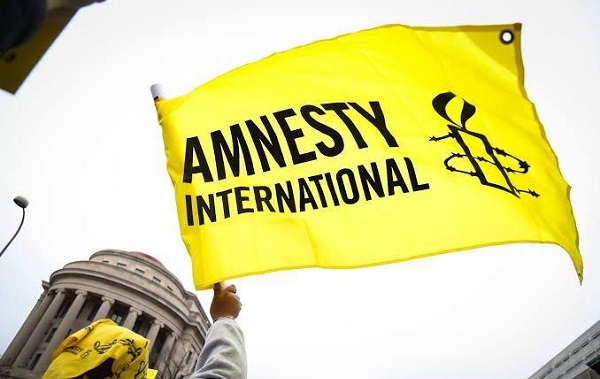 The Amnesty International and Afghanistan’s human rights community have welcomed a move by Afghan authorities that made a public commitment to establish a protection mechanism for human rights defenders.

AI in a press release said, at the event, 32 human rights organizations from across Afghanistan presented a joint strategy for the establishment of a protection mechanism for human rights defenders in an increasingly dangerous situation where they face attacks from both state and non-state actors.

In the meantime, Sarwar Danish, the Second Vice President, said that the government takes concerns about the safety of human rights defenders in in the country seriously, and will implement measures to ensure their protection.

I am very happy that this strategy is presented by Amnesty International and other human rights organizations. It’s a very crucial initiative.On behalf of the Government of Afghanistan, I commit that I will do whatever possible to implement this strategy,” Danish said.

According the press release, the joint strategy is the product of extensive consultations involving more than 100 human rights defenders in different parts of the country, including Kabul, Herat, Kunduz, Baghlan, Logar and Mazar-e-Sharif.

Samira Hamidi, South Asia Campaigner at Amnesty International, said, “Afghanistan’s human rights defenders are among the bravest in the world, working amid a conflict that claims thousands of lives every year. Faced with attacks from both the state and armed groups, they must receive the protection they need so that they continue their crucial work of promoting humanity’s core values.

The government’s commitment to the protection strategy marks an important first step. Now, they must implement a protection mechanism that is desperately needed. The international community has a key role to play here in supporting that effort.”

In September, Abdul Samad Amiri, a provincial official of the Afghanistan Independent Human Rights Commission, was abducted and killed by the Taliban.

In November, human rights defenders Musa Mahmudi and Ehsanullah Hamidi, who had exposed the existence of a paedophile ring and revealed more than 100 instances of the sexual abuse suffered by boys in Logar province, were arbitrarily detained by the National Directorate for Security, Afghanistan’s top intelligence agency.

In 2018, Amnesty International launched BRAVE, a global campaign to combat threats to human rights defenders across the world who face harassment, intimidation, repressive legislation, unjust prosecution, detention and even death for their human rights activities.

“Human rights defenders play a key role in defending the principles of freedom, justice and dignity which underpin the 1948 Universal Declaration of Human Rights. Their work contributes directly to the realization of human rights, the strengthening of the rule of law, and fostering sustainable development,” the press release added.