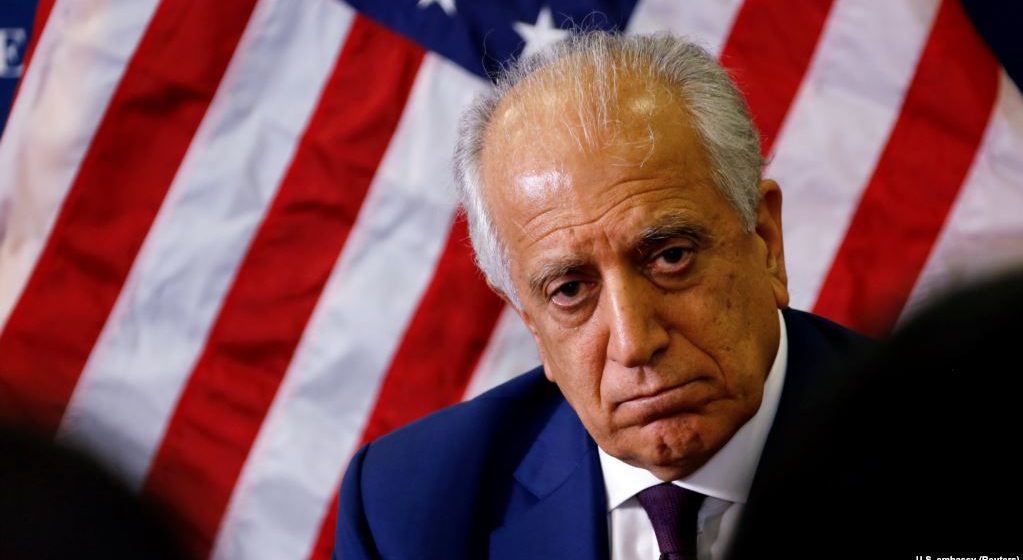 Khalilzad said, “The targeted killing of Fatima Khalil and Jawid Folad today [Saturday morning Kabul time], two Afghans dedicated to the cause of fundamental human rights, is an anti-human act. We condemn this terrorist attack in the strongest possible terms.”

On Saturday morning, the two AIHRC employees were killed in an IED explosion that targeted their car in Kabul. Khalil, 24, was a donor liaison officer and Folad was a driver at the organisation.

In another tweet Khalilzad added, “Those opposed to peace start fires they hope spread quickly and smolder indefinitely” but “we support the overwhelming demand of Afghans to overcome these odds and continue the march to a permanent and dignified peace and an Afghanistan in which everyone’s rights are respected.”

Taliban has denied the group’s involvement in the attack and condemned it, attributing it to circles who attacked the Dasht-e-Barchi hospital and the two mosque bombings in Kabul, and the attack at the Nangarhar funeral with the aim “to create terror.”

UN Assistance Mission in Afghanistan (UNAMA) said “there can be no justification for attacks against human rights defenders” and asked for an “immediate investigation” with “perpetrators held to account.”

President Ashraf Ghani also ordered an investigation into the attack which he called a “crime against humanity and Islamic values.”

Abdullah Abdullah, Chairman of the High Council for National Reconciliation, also expressed his sadness at the incident and urged the “authorities take these repetitive attacks seriously and put more effort protecting civilians and combating terrorism.”

The EU Delegation in Afghanistan said they were “apalled by senseless cowardly killing” and called it “an attack against fundamental democratic values.”

“Standing up for these and human rights is more important than ever, going into intra-Afghan peace negotiations!” they said.

U.S. Charge d’Affaires Ross Wilson called on “all those who love Afghanistan to break this cycle of violence and death, to end the impunity and indignity of such attacks on the Afghan people, and to work for peace.”

“Recently, we and this country’s citizens have grieved the deaths of Afghan security forces, innocent civilians, religious scholars, representatives of Afghanistan’s judicial system, and now those who defend human rights and liberty. These attacks must end.”

Indian Ambassador Vinay Kumar urged the “targeted killings must stop, and their perpetrators and external sponsors must be brought to justice.”

Mohammad Sadiq, Pakistan’s Special Representative for Afghanistan said, “There can’t be a bigger cowardice then killing those who serve humanity. It is an obviously handy work of those who want to sabotage reconciliation and oppose withdrawal of foreign forces.”

Amnesty International South Asia also stood with AIHRC. “Afghanistan’s human rights defenders are among the bravest in the world. They face threats, intimidation, harassment, and as with today’s tragedy, death,” they said.

“The international community and the Afghan government must ensure they get the protection they need.”