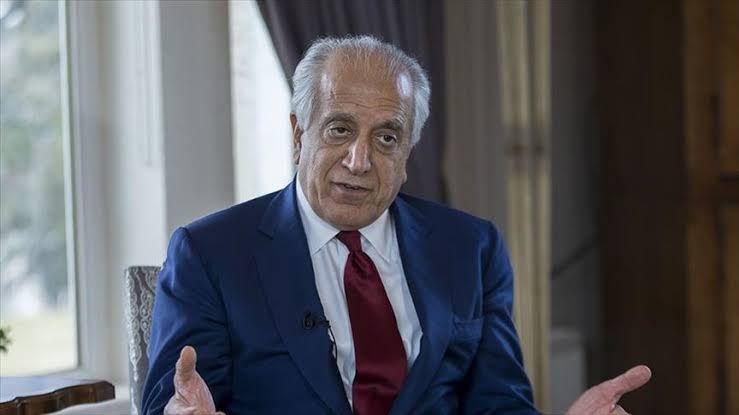 Attack on Lawyers Carried out by ‘Enemies of Peace’ Says Khalilzad

“The U.S. strongly condemns the attack against the Afghan Attorney General’s lawyers and other team members working to facilitate prisoner releases. This attack, carried out by enemies of peace, took the lives of five civilians,” Khalilzad tweeted on Tuesday.

Five employees of the Attorney General’s Office were attacked by armed men while they were on their way to work in the Bagram justice and detention Centre.

While expressing his condolence Khalilzad asked for a full investigation to bring the perpetrators to justice in the incident which has not been claimed by any group.

“This attack underscores what we all know: Spoilers (both domestic and foreign) are trying to disrupt and delay,” he said.

He also urged for the government and the Taliban to not delay the intra-Afghan peace talks.

“Both sides should not be deterred and push forward to take the steps necessary to reach intra-Afghan negotiations, where a comprehensive ceasefire and a political settlement can be negotiated as quickly as possible. This is what the Afghan people want, and we stand with them.”

In their tweet, the United Nations Assistance Mission in Afghanistan (UNAMA), also condemned the attack and said, “Such attacks against civilians in Afghanistan’s justice sector are abhorrent.”

The European Union Delegation in Afghanistan also spoke against the attack.

“Shocked to hear of the savage assassination of 5 AGO employees. On their way to Bagram Justice and Detention Center to organize the release of Taliban prisoners. Can someone explain the unexplainable?” they tweeted.

Taliban spokesman Zabihullah Mujahid has claimed the group was not responsible for the attack and said they would launch a “comprehensive investigation.”

“It should be reminded that the peace process has many enemies & opponents. Everyone must remain cautious of such plots,” Mujahid tweeted.