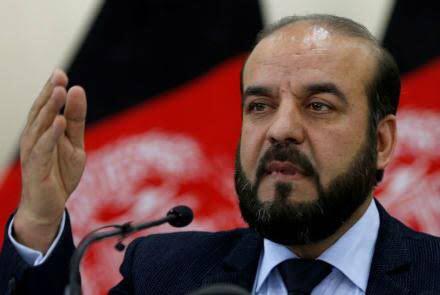 In a late night conference on Saturday, IEC Chief Abdul Badi Sayyad pointed out various facts about the elections that took place on Saturday.
He firstly informed that 401 polling stations would be open on Sunday across the country, 45 of which will be in Kabul.

Regarding voter turnout, the chief clarified that 3 million people voted in the elections on Saturday, out of which 1 million voted in Kabul.

As had been pointed out before too, the biggest voter turnout was in Kabul and the lowest in Uruzgan. However, the province which had most number if female voters was Jawzjan and the lowest figure recorded in Zabul.

Addressing the matter of fraudulent practices in voting process, Sayyad cleared that “if it is proved that there has been fraud in a polling centre or station, the votes of that centres shall be declared invalid.”

This comes after there were various complaints surfacing over social media and otherwise, by voters and candidates as well as observers. By evening time even the IECC came out with a statement and presented a list of grievances or issues with the balloting.

The chief grievances that stood out were related to delays in beginning of voting in centres due to staff showing up late, closed polling centres, and delays in balloting because of everyone getting slowly accustomed to the biometric technology.

However, the overall response regarding the elections has been positive. Even the UNAMA released a statement at night, admitting that the international community and UN are encouraged and impressed by the massive voter turnout which represents the democratic spirit of the people.

Chief Executive Abdullah too, while giving an interview to TOLONews was glad to point out that Afghans stepping out in scores to cast their vote was a positive act of defiance against insurgents threats and terrorism in general.