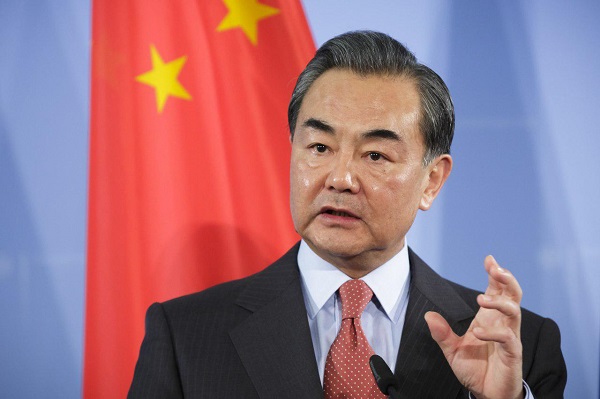 China urged U.S.-led foreign troops Saturday to withdraw from Afghanistan in an “orderly and responsible” manner if a peace deal is signed with the Taliban.

But a day after, the U.S. President Donald Trump said he canceled the peace negotiations with the Taliban after the group admitted to an attack in Kabul that killed at least 10 people, including a US soldier.

“We call on the United States and the Taliban to continue with the negotiations and to implement the agreement after it is signed,” Chinese Foreign Minister Wang Yi told reporters in Pakistan.

Wang Yi spoke after attending a trilateral dialogue with his Afghan and Pakistani counterparts.

“In particular, we call on them [the U.S. and Taliban] to make good on their commitments regarding the troop drawdown and counterterrorism efforts so that the seeds of peace can be sown and take root,” Wang said.

“They (Taliban) admitted to an attack in Kabul that killed one of our great great soldiers, and 11 other people. I immediately cancelled the meeting and called off peace negotiations,” Twitted Trump Late Saturday, adding that Taliban “probably don’t have the power to negotiate a meaningful agreement anyway”.

Meanwhile, Afghan presidential spokesman Sediq Sediqqi said that the government will soon declare it position regarding the peace talks with Taliban.