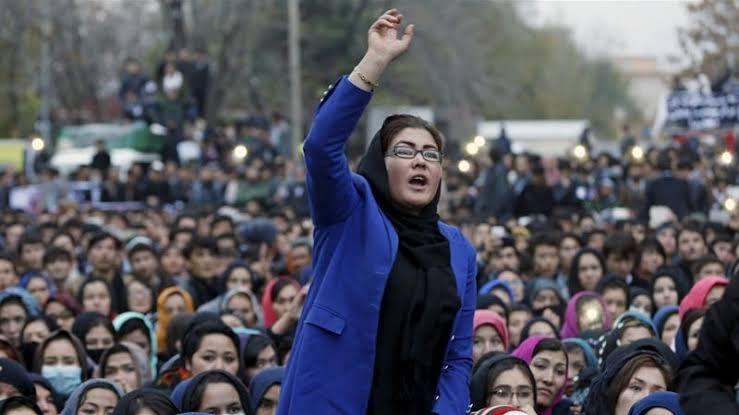 Conditions Worsen for Hazaras in Afghanistan: US State Department Report

The Islamic State-Khorasan (IS-K) and the Taliban continue to target and kill members of minority religious communities for their beliefs, including the oft targeted Shia Hazara community.

The U.S. State Department’s annual Report on International Religious Freedom that tracks the status of religious freedom and covers government policies that violate religious beliefs or practices, was released today.

While Islam is the state religion according to the Constitution of Afghanistan, the penal codes also includes punishments for assaulting a follower of any religion.

Representatives from the Shia Hazara community told the researchers that the government’s provision of security in Shia-predominant areas was insufficient with prominent attacks taking place in western Kabul’s Hazara-dominated Dasht-e Barchi area even last month.

The government had promised to increase law enforcement personnel there, but that has not been seen.

However, they did note that the government distributed firearms and hand-held weapons directly to the guards of Shia mosques in the more attack-prone areas.

According to the UN Assistance Mission in Afghanistan (UNAMA), the attacks against the Hazaras is consistent with violent trends observed over the years. Many of the suicide and improvised explosive device (IED) attacks on civilians, target Shia Muslims, particularly the Hazaras.

All the attacks were attributed to IS-K and other anti-government elements.

The Taliban continued to kill, bomb or issue death threats against moderate and pro-government clerics throughout the country.

The group also warned mullahs not to perform funeral prayers for government security officials and to punish residents in areas under Taliban control for committing “immoral” crimes such as adultery.

Insurgents claiming affiliation with IS-K were also reported to engage in similar threats and attacks.

In August, IS-K suicide bomber attacked a wedding hall full of “rejecter polytheists” in a predominately Shia neighbourhood of Kabul, killing 91 people and wounding 143 others. Survivors said the bomber was standing by the stage where children and adults were dancing and clapping when he detonated his vest.

This year, saw another IS-K attack at a maternity ward in the Médecins Sans Frontières hospital in Dasht-e Barchi which killed 24 people and injured at least 20 more. The victims included pregnant women, a midwife and two young boys.

The report cited Hindu and Sikh community leaders who estimated that approximately 200 members of their communities fled the country during the year to either India or another western nation.

The reasons remain similar which are security threats from militant groups and the perceived indifference of the government to punishing the attackers or protecting the communities, like the attacks at the Kabul gurudwara this year.

The victims also avoid settling disputes in the courts due to fear of retaliation and instead chose to settle disputes through community councils.

Representatives of minority religious groups have complained that the courts did not grant non-Muslims the same rights as Muslims.

Other international sources said the Baha’is and Christians also lived in constant fear of exposure and were reticent to reveal their identities to anyone.

All these minority groups reported continue facing verbal harassment to the point where some bullied children actually dropped out of school.