Latest Stories » Coronavirus Halts Military Travels In & Out of Afghanistan 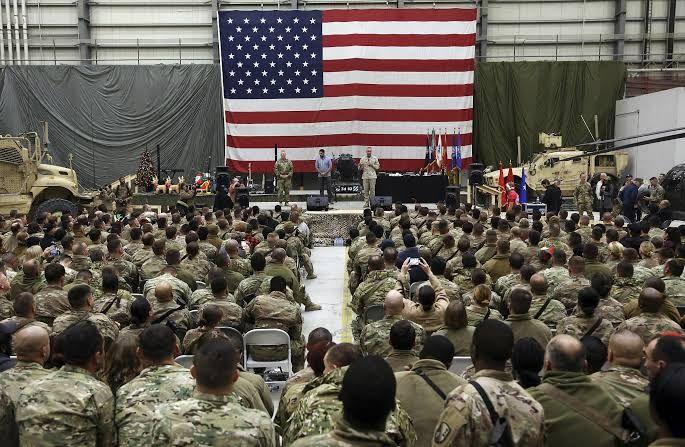 Coronavirus Halts Military Travels In & Out of Afghanistan

No U.S. forces will move into U.S. Central Command’s area of responsibility — a region that includes the war zones in Afghanistan and Iraq— under a 14-day “stop movement” order issued Friday by the U.S. military command responsible for the Middle East.

“Any troops slated to deploy to CENTCOM’s AOR must first stay in quarantine for 14 days “regardless of where they are coming from,” U.S. Central Command said in its statement, so that [deploying forces] will be cleared for duty upon arrival as a prudent precaution to maintain critical combat and combat support functions,” the order reads.

“The goal is to ensure that units and personnel who arrive in the U.S. Central Command area of responsibility are ready for tasking on arrival, and to ensure that we are not quarantining personnel at locations that will be challenged to support,” CENTCOM’s Capt. William Urban told Defense One.

About 2,600 personnel are now in “self-isolation as a precaution due to travel or other reasons,” the US Defense Department said in a statement Friday. “These individuals are not necessarily sick, but may have been exposed and are doing their due diligence following health preventative measures.” To date, 35 EUCOM personnel have so far tested positive for COVID-19.

“But critical operations in the U.S. Central Command area of responsibility continue as we adjust and overcome a dynamic environment,” CENTCOM said in its statement.

“Some of the functions of the counter-ISIS campaign can [still] be carried out by smaller, more agile and lower visibility special forces who can ‘commute to the fight’ from larger bases,” said Michael Knights, an Iraq analyst at the Washington Institute. But “unless the Iraqi security forces are protecting our forward bases from militia attacks, they are too exposed to justify the risk.”

As for White House’s efforts to salvage a peace deal for Afghanistan, CENTCOM’s stop-movement and quarantine orders are “not expected to delay the drawdown in forces from Afghanistan as part of the U.S. agreement with the Taliban,” the combatant command said.