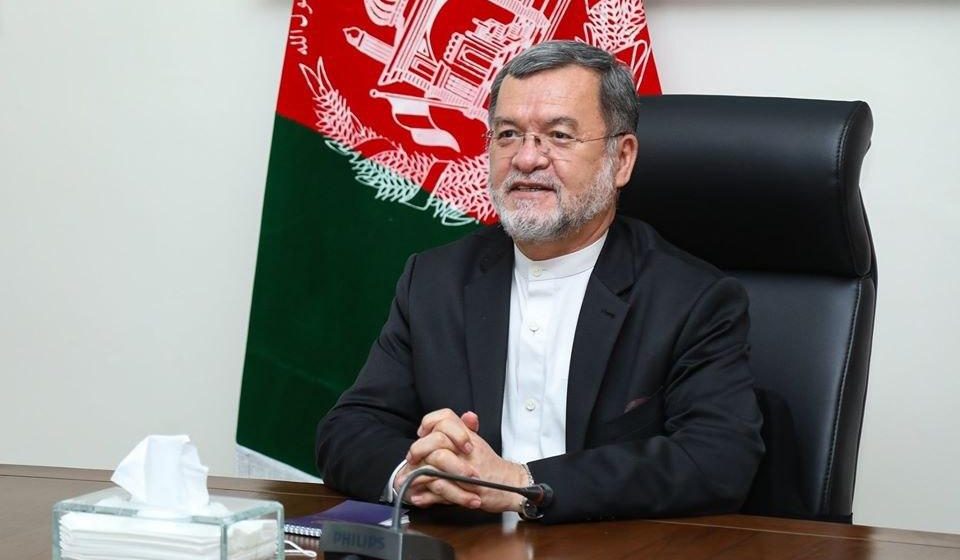 Second Vice President Sarwar Danesh said the Loya Jirga for peace consultations will be held in Kabul soon, with representatives from the people, members of the National Assembly, the High Council for National Reconciliation and other related bodies.

Danesh made the remarks in a video conference with U.S. Deputy Chief of Mission in Kabul Karen Decker on Sunday.

A “Loya Jirga” is a special type of assembly or consultative meeting that follows the traditional code of laws.

Danesh said that a Peace Consultative Loya Jirga will provide an opportunity for social miniroties, women, rights activists and general public to express their concerns and demands directly in the peace process.

According to Danesh’ office, he also discussed their preparations for holding the consultations, the release of Taliban prisoners, efforts to start the peace talks, establish a ceasefire, and draft a new law on non-governmental organizations.

He said that the decisions and demands of the people in the Loya Jirga, held last year, had a positive impact on the peace process.

The government wants to take this opportunity to present their side to the people and consult them on the next steps.

The second vice president also expressed hope that as a result of direct talks between the government and the people’s representatives in the Loya Jirga, a concensus would be reached to strengthen the peace process and intra-Afghan talks.

The U.S. diplomat welcomed the government’s decision to strengthen the peace talks.

Decker said that the Taliban cannot ignore the united voice of the people in the Loya Jirga for peace talks and the preservation of Afghanistan’s national values and human rights.

She expressed hope that the discussions would be able to provide a platform for social minorities and women to better express their views on the Afghan peace process.

Earlier, President Ashraf Ghani had announced he would convene a Loya Jirga to decide on whether or not to release the 592 Taliban prisoners the group was demanding.

The High Council for National Reconciliation has not formally commented on the participation of its representatives in the Loya Jirga yet.