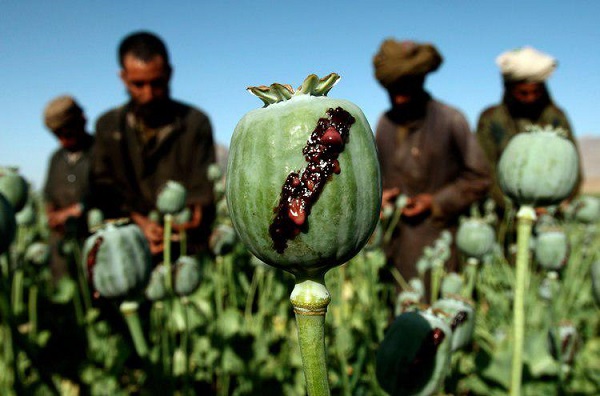 The Afghan drug threat is one of the worst problems for Russia’s national security, the deputy director of the Russian Foreign Ministry’s new challenges and threats department, Alexei Rogov, told TASS on Tuesday.

As per TASS report, he is taking part in a meeting of the group of experts of the Paris Pact Initiative, being held in cooperation with the Shanghai Cooperation Organization.

“Afghan drugs are one of the main threats to Russia’s national security,” Rogov said. “Drugs affect our younger generation. They ruin the lives of hundreds, thousands of people. They nourish international terrorism, which is getting increasingly active in Afghanistan and tends to set eyes on the Central Asian countries.”

In particular, Rogov pointed to the growing activity in Afghanistan of the terrorist group IS-K (outlawed in Russia).
“Lately, a new trend developed. Methamphetamine has begun to be mass-produced in Afghanistan. It is a new generation of the drug threat. In particular, we can observe this in the former Golden Triangle area, where active transition to methamphetamine is underway, because it is cheaper and can be delivered to consumers with greater effectiveness. The same happens in Afghanistan,” Rogov said.

Of late, Afghan heroin began to be intercepted more frequently.

“This is clear evidence that the drug flow and drug expansion into our territory continue unabated,” Rogov said.

“Drugs kill the younger generation and nourish terrorism. For this reason they pose a threat to both Russia and our allies in Central Asia,” Rogov said. “We should take resolute action to prevent this threat from spreading far and wide.”

“How effective the current measures are is hard to tell. We, our law enforcement agencies and special services, have been taking every conceivable step to minimize the related risks. Naturally, we pin hopes on international cooperation. This explains why we are here in Shanghai.

“We are keen to step up the activity of the organizations we are involved in, above all, the Shanghai Cooperation Organization, where we are in the process of creating an anti-drug potential on the basis of the strategy adopted at the SCO summit in 2018,” Rogov said. “Within the Collective Security Treaty Organization we have been holding effective anti-drug operations. They involve many foreign participants – not only the region’s countries, but also other states, such as European Union members, who are present in the capacity of observers.”

Rogov promised that Russia would push ahead with this activity to place a solid barrier in the way of Afghan drug expansion.

Also, he hopes for creating an effective mechanism to fight against the drug threat within the SCO.

“It would be a very important contribution. The SCO will cope with this task because there is no alternative. All SCO countries are under the influence of the Afghan drug traffic. We should exert effective efforts to devise a strong mechanism to deter Afghan drug expansion,” Rogov concluded.