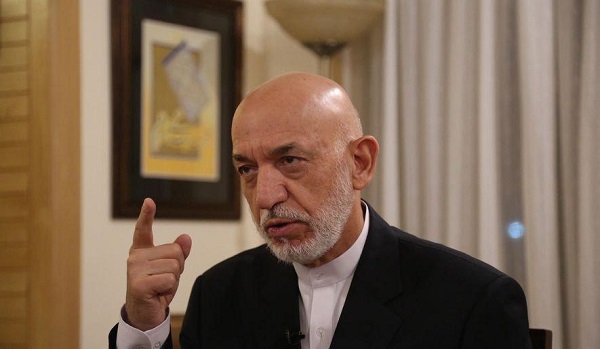 Former president Hamid Karzai has said that presidential election threatens the country’s best chance of achieving peace with the Taliban and it should be scrapped.

Karzai, still one of the most important political figures in Afghanistan, told The Associated Press in an interview Tuesday that the vote could destabilize the country. Previous elections in Afghanistan were plagued by violence and fraud allegations.

Holding the vote now “is like asking a heart patient to run a marathon” as it could ignite Taliban attacks that will seriously destabilise the country, Karzai told the AP.

The former president, still considered one of the most important character in Afghan politics, has pressed for a resumption of United States-Taliban talks, which collapsed earlier this month after US President Donald Trump said a deal that seemed imminent was “dead”.

“This is no time for elections,” he said. “We cannot conduct elections in a country that is going through a foreign-imposed conflict. We are in a war of foreign objectives and interests. It isn’t our conflict – we are only dying in it.”

Karzai called for an immediate resumption of talks, urging U.S. President Donald Trump to restart negotiations but this time he demanded transparency and openness. He sharply criticized the secrecy that had enveloped the year-long talks between the United States and Taliban.

Urging for the resumption of the United States-Taliban talks, Karzai made it clear that if the negotiations with the U.S. were not to resume, then time would have come for the Afghans to sit down at the same table, discuss among themselves, and decide a way out of the almost two-decade-long war.

The U.S.-Taliban talks from which the current Afghan government was excluded, were abruptly interrupted earlier this month after U.S. President Donald Trump decided to call them off saying that the deal, which seemed to be about to happen, was “dead” due to a Taliban attack that killed one U.S. soldier.

Afghanistan will hold this Saturday its fourth presidential elections since U.S.-led forces invaded the country in 2001 and overthrew the Taliban government. These elections have gained importance since the peace talks’ breakdown, as the negotiations were intended to lead to the creation of an interim government among other agreements.

Current President Ashraf Ghani is seeking re-election while facing strong rejection from the Taliban, who warned civilians to not campaign or head to the polls.

Maintaining the vote is an enormous risk with some pundits announcing an election marred by violence and fraud allegations that could deepen the political crisis and further obstruct chances of getting back to talks on peace.