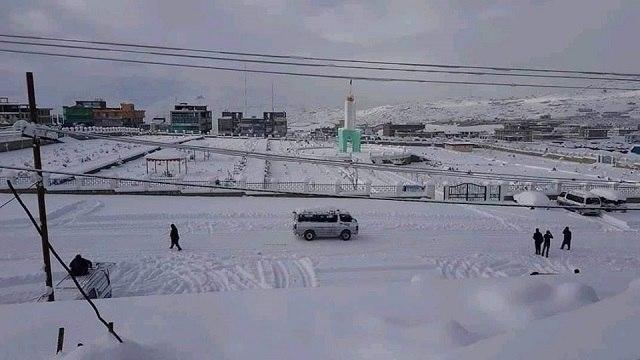 At least 18 people have been killed and two others were missing by avalanches in central Daikundi province, local officials said on Thursday.

He noted that a man dies under the avalanches in Sang-e Takht Band district about two days ago.

Uruzgani added that a pregnant woman has died due to the road closure caused by the heavy snowfalls during her childbirth.

“Currently, there are two acute-ventricular patients in the Miramur district, which cannot be transported through ground, and the provincial official is coordinating with the Atal Corps to transfer the two patients through air to Kabul,” he added.

The deputy of Daikundi governor declared that an emergency mode has been announced in the province for the past 24 hours that the resident be aware of the weather as the forecast makes it clear that a heavy storm and snow is on the way.

He stressed that the working teams are currently operating in the area, and Daikundi officials are trying to open the traffic lanes through contractor companies, rural development and disaster management agencies and to give people access to health services.

Officials cited that Daikundi has three different climates, including warm, temperate, and cold, with areas ranging from 20 to 70 centimeters thick in snow.

In the meantime, the head of Daikundi disasters management department told Reporterly that over the past three days, about 30 avalanches hit many parts of the province, killing nine people, wounding six, missing 15 and destroying more than 20 houses.

Daikundi province is one of the coldest and most deprived provinces of Afghanistan where winter and snowfalls get victims every year.