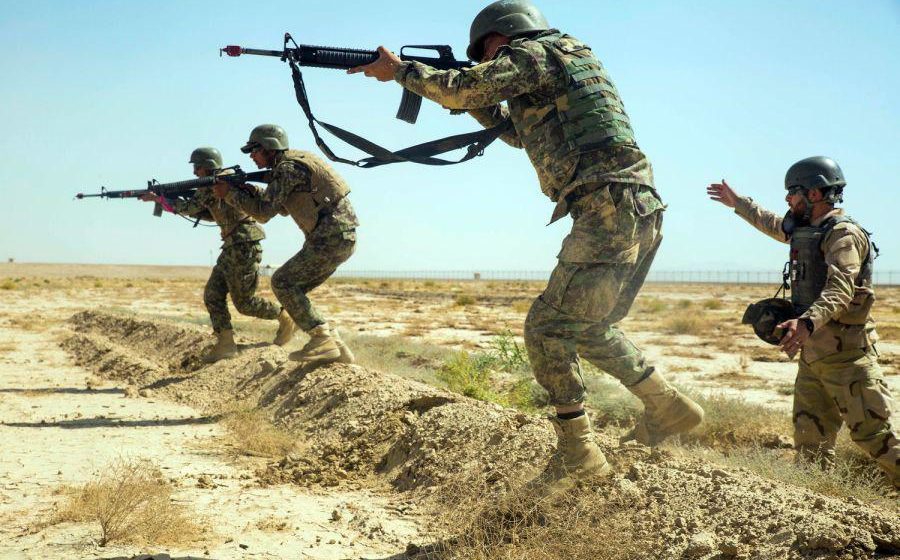 Taliban fighters mounted attacks in the past two days in northern Afghanistan, as American and Taliban negotiators finalized the details of a preliminary peace agreement.

Special Representative for Afghanistan Reconciliation Zalmay Khalilzad on Sunday said that the two sides were “at the threshold of an agreement,” after talks in Doha.

“We are at the threshold of an agreement that will reduce violence and open the door for Afghans to sit together to negotiate an honorable and sustainable peace,” tweeted Khalilzad.

Khalilzad added that he would travel to Kabul later on Sunday “for consultations” following the end of the eighth and final day of the latest round of talks.

The US negotiator did not say if he had a finalized text to submit to the Afghan authorities, but several officials have hinted in recent days that moving talks to Kabul could signal a positive outcome.

Khalilzad’s comment came as the militants continue their attacks, most recently invading a major city, Kunduz, on Saturday and the city of Puli Khumri on Sunday.

The interior ministry said in a statement on Sunday that at least 20 Afghan security force members and 5 civilians were killed and 85 others including security forces were wounded in clashes in Kunduz.

The new assault came a day after the insurgents were cleared of the Kunduz city; in Pul-e Khumri city of Baghlan prvince. Afghan security forces have said they have since repelled the attack, with the help of US air support, after heavy fighting on multiple fronts.

Mohammad Zarif Zarif, a member of Baghlan provincial council told Reporterly that Taliban group attacked at around 1:00 AM on Sunday on Pol Madan and Bandi Du areas in vicinity of Pule—Khumri city.

The Interior Ministry spokesman Nusrat Rahimi told media that the police special unit is deployed in the area and the Taliban’s threat to attack Pul-e-Khumri city has been eliminated.

In a separate incident, a roadside bomb in Chamtaal district in northern Balkh province on Sunday killed at least eight people, including women and children traveling in a car, officials said.

The Taliban’s renewed attacks have been seen as an attempt to strengthen its hand at the negotiating table, who control some parts of Afghanistan and are at their strongest since their 2001 defeat by a US-led invasion.