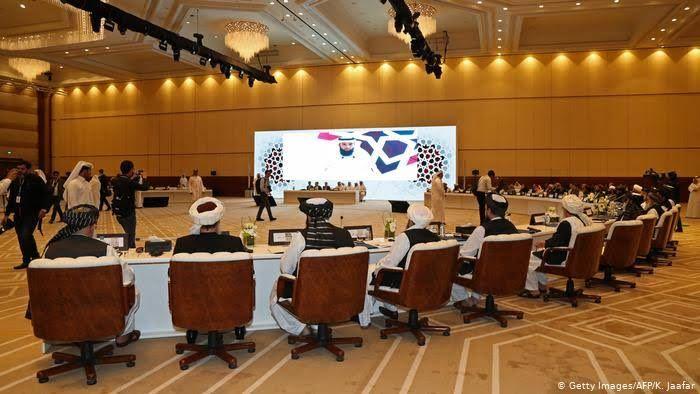 The Afghan government and the Taliban group have discussed the exchange of prisoners in a rare video call format to pave the way for a broader peace agenda, US Special Representative for Afghanistan Zalmay Khalilzad said.

“Today, the US and Qatar facilitated the first Afghan government to Taliban technical talks on prisoner releases, via Skype video conferencing”, Khalilzad said on Twitter.

Khalilzad has long urged the Afghan rivals to proceed with the prisoners’ swap as soon as possible, given the rapid spread of COVID-19. “Prisoner releases by both sides is an important step in the peace process, as stated in the US-Taliban agreement. And critical for humanitarian reasons”, he said in a thread of follow-up tweets.

He further described the discussion as “important, serious, and detailed”. Khalilzad’s impression was that “everyone clearly understands the coronavirus threat makes prisoner releases that much more urgent”.

“All sides conveyed their strong commitment to a reduction of violence, intra-Afghan negotiations, and a comprehensive and permanent ceasefire”, Khalilzad wrote.

The Afghan National Security Council has, in turn, confirmed that the two sides had “exchanged views on basic technical measures to create a conducive environment for the release of prisoners”. In broader terms, the council said that the reduction of violence, the direct negotiations, and a permanent and extensive ceasefire were discussed during the call.

According to these statements, the discussion lasted for some 2.5 hours and a follow-on technical meeting was scheduled to take place within the next two days.

The US and the Taliban signed a long-awaited peace deal in Doha on 29 February. The agreement envisions complete US and NATO troop withdrawal from Afghanistan within 14 months, and the start of the direct intra-Afghan negotiations on 10 March.