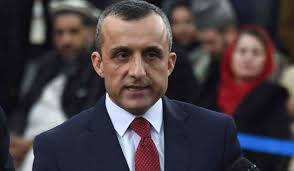 Amrullah Saleh, the first Vice President says one of the reasons for the increase in targeted assassinations in major cities of the country is that Taliban prisoners thought they would be pardoned in any case and would not be punished for their terrorist activities.

“One of the main solutions to this challenge is the execution of a number of Taliban detainees,” Mr. Saleh wrote on his Facebook page on Monday. “They should be executed so that it can be a lesson for the rest.”

According to him, during the last 80 days, the security forces have made significant progress and the arrested terrorists have confessed to their crimes; But their only hope was that one day they would be released without any punishment.

“This challenge must be addressed and it will be one of the key points that I will raise at the meeting of the Supreme Council of the Rule of Law,” he said. “A terrorist who is arrested must be executed.”

Mr. Saleh recently said that the IS-K Taliban had warned in a text message that if any of their prisoners are executed, they would turn Kabul into a Shiite slaughterhouse and behead the abductees.

He said that the IS-k Taliban should know that no threat will prevent us from introducing their faces to the people on a daily basis.

The first Vice President further said that the Kabul police yesterday stopped several children and teenagers who were being transferred to Taliban schools for education and returned them to their families.

“This incident reminded me of 2005 and 2006,” Saleh said. “In those years, hundreds of Afghan children were transported to Pakistan, mostly from the north, every week under the guise of religious instruction with dormitory services and clothing.”

He said that he had once been in charge of Afghanistan’s National Directorate of Security (NDS) and had stopped several of these transfers, and that the issue had been discussed in the cabinet.

The first VP stated that the previous governments had decided to allow children to be transferred to Pakistan to learn without the presence of their parents because the upbringing of children was up to the family, not the government.

According to him, most of these children are from poor families, and now when he studies the incidents of a number of terrorists and Taliban commanders in the northern provinces, it shows that these people are the same ones who were educated fifteen or sixteen years ago who were taken to Karachi and other Pakistani cities.

Saleh stressed that Afghanistan is now paying the price for the recklessness of previous years, but he is trying to do something about the transfer of underprivileged children to Taliban centers outside the Afghan soil that the most important thing to do is to create a legal framework to prevent it.