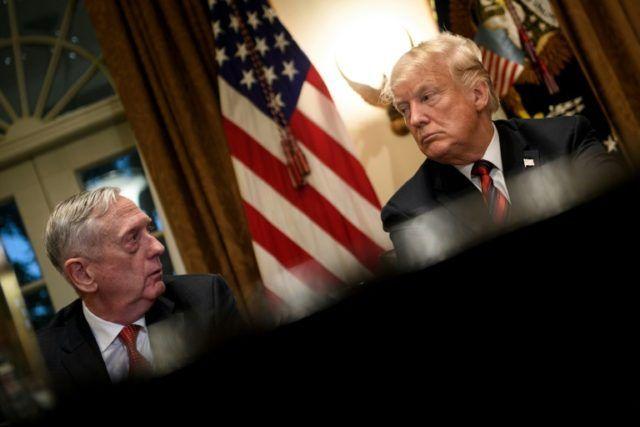 President Donald Trump said Thursday at a town hall in Pennsylvania that he gave his former Defense Secretary Gen. James Mattis more troops to win the war in Afghanistan, but he failed.

The president spoke frankly about the war in Afghanistan during a Fox News town hall in Scranton, Pennsylvania on Thursday.

Moderator Martha MacCallum asked Trump what he would do if his generals advised him to put more troops in Afghanistan, despite his planning to get them out.

“Well, Mattis said that,” Trump replied. “And I gave him more people for a short period of time, and it didn’t work out, and all we were doing is policing on Afghanistan.”

In the first year of his presidency, President Trump warned against a hasty withdrawal from Afghanistan, deploying thousands of additional troops to win the war without restrictions on the rules of engagement despite campaigning on getting American forces out of Afghanistan.

“I was right,” Trump said when MacCallum asked him about his disagreements with Mattis in the early years of his presidency.

Trump noted that Mattis also disagreed with his decision to pull troops out of Syria near the border with Turkey, which ultimately prompted the former general’s resignation from the Trump administration.

“Why are we doing that?” Trump said, referring to troops between Turkey and Syria. “Let them fight their own battles. What are we doing with our soldiers, getting people killed?”

Trump said that the Taliban tribes were residual forces, but that he did not want to wipe out millions of people just to win the war.

“They are warriors and they are fighters and that’s what they’ve done for a thousand years,” Trump said. “Just ask the Soviet Union, which became Russia, because of Afghanistan. You know, it’s a tough place.”

Trump said that he spoke with one of the leaders of the Taliban in Afghanistan, but he seemed to dismiss the recent outbreak of violence, despite leaders signing a peace deal with the United States.

“The leader has, it’s not the easiest leadership position,” Trump acknowledged, pointing to the many different factions of leadership in the Taliban.

When asked if Trump would send soldiers back into Afghanistan to keep the Taliban from taking over the country, he demurred, pointing out the complicated political situation there.