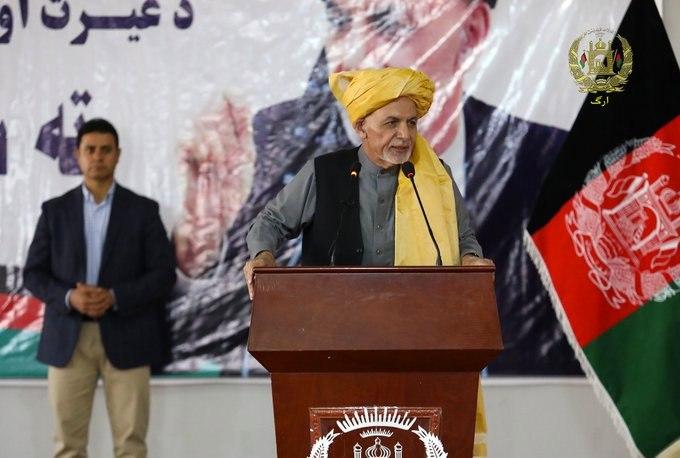 President Ashraf Ghani faced domestic ridicule for asserting that he had “rebuilt the whole of Afghanistan.”

Ghani had addressed a public gathering during an official visit to Paktika on Saturday, where he spoke about the development projects the government has planned in the province and the security challenges the people are facing.

He criticised local authorities for not paying attention to development issues.

“I have rebuilt the whole of Afghanistan,” Ghani said and paused for a few seconds, apparently anticipating applause from the crowd.

The audience remained silent, prompting him to repeat his assertions.

“I have rebuilt the whole of Afghanistan, didn’t I?” Ghani asked.

He did not elaborate and promised to arrange funds for the regional development projects.

Ghani’s remarks came on the day of the terrorist suicide attack in Shinwar district of Nangarhar claimed the lives of at least 13 people while 38 others were injured.

In the capital of Kabul, there were two assassination attempts on Sunday, one of which was successful and killed two government officials.

Mujib Mashal, the New York Times senior correspondent tweeted, “What reality is our president living in?”

Saad Mohseni, Director of MOBY group said such comments can only anger the public. “Afghanistan is hurting and definitely not fixed – far far from it. The Afghan nation is in need of empathy and understanding, not lectures (on how well it is going).”

Another user, Asma Kiyani, said, “He probably lives in la la land with huge blast walls and security guards. And that bubble is the entire Afghanistan for him.”

Rights advocate Masuda Sultan said, “Afghans are hungry, dying, subject to a 40-year wars ugly cycle and living through a pandemic. On top of that an angry President telling them that he fixed everything. Trauma upon trauma.”

Afghanistan has been reeling with the pandemic with the economy set to contract by 5% this year due to the impact of COVID-19. Natural disasters and the conflict have left millions of people displaced and trying to make ends meet.