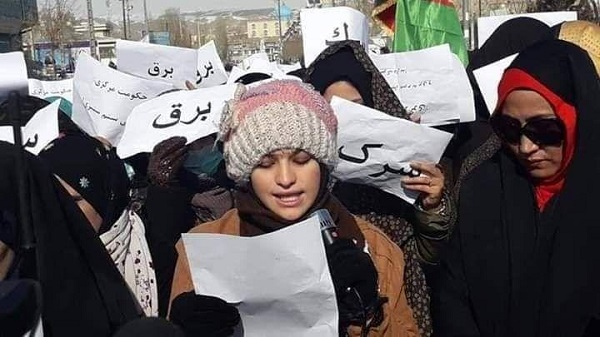 The governor of Ghor has confirmed that the government offices in Ghor province have been reopened after ten days of protests.

“A 12-member delegation of the Presidential Palace including President’s top adviser, Asadullah Falah, president’s adviser in tribal affairs, the Ministry of Finance representative and other government officials arrived in Ghor on Friday,” the spokesman of Ghor governor, Abdul Hai Khatibi told Reporterly.

According to Khatibi, during a meeting with the protesters, the delegation made promises of constructing a 40 kilometers of road, connecting Ghor from east and west to the national power network up to the next two years and launching a viable solar project.

He noted that the delegation signed a memorandum of understanding with the protesters that the sit-in tents should be dismantled and the government offices must be reopened.

Regarding the protests, Amir Dad Parsa one of the protesters and a civil activist in Ghor told Reporterly, “The Presidency had made some commitments. We expect the people’s demands will be met until the national budget will be confirmed by President. We have written a declaration. We will determine the next steps, if the government’s promises not fulfilled.”

Parsa stated that the delegation has promised to include the construction of a 40km road to the budget draft and the work on 5MW solar power will begin soon.

“The people of Ghor have been deceived by the government over the past years, they consider the Parliament representatives as a guarantee and signed an agreement with the protesters,” Parsa added.

This comes as the “Road and Enlightenment” movement started their protest on 21 January 2020 and closed all government offices including the governor’s office.

For the third year in a row, the residents of Ghor have staged protests against inequality and disregarding the problems of the province by the central government and parliament members.

Last year, however, the protests were more coordinated and the protesters joined part of a group called the “Road and Enlightenment” movement. The movement staged a sit-in protest over ignoring Ghor’s roads and electricity problems in the national budget draft. But they eventually ended their protests with the commitments by parliament and the central government.

This year, when no budget was allocated to the Ghor-Kabul and Ghor-Herat roads in the national budget draft of the fiscal year 1399, as well as the ‘Poza Lig’ power dam which was promised by the ex-President Hamid Karzai since his inception, the Ghor residents have begun civil protests and sit-ins again.

This comes as the ten day protests in Ghor were followed by the support of the people of other provinces in social networks and led the central government to send a delegation for assessing the demands of Ghor inhabitants.