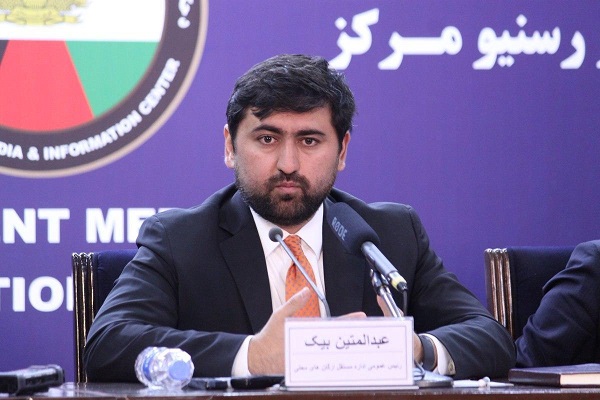 Afghan government said on Monday that the Taliban are insisting on the release of 15 prisoners involved in major attacks, a demand which it said was unacceptable for now.

Matin Bek, head of Independent Directorate of Local Governance, told reporters that the government was ready to release 400 Taliban prisoners.

He said that the process of releasing Taliban prisoners would begin with less dangerous militants and also it was conditioned on reduction of violence.

He said that the 15 militants the Taliban insisting on their release had “people’s blood on their hands.”

“We can’t do this. Even obstinacy has a limit,” Bek said.

“If they get their battlefield commanders – the murderers of people – then capture a province, you would criticize us then,” he said.

The US-Taliban deal stipulated the release of 5,000 prisoners before March 10 when intra-Afghan talks were scheduled to begin.

Bek noted that the Afghan government didn’t commit to their release, and the deal didn’t specify who should be freed.