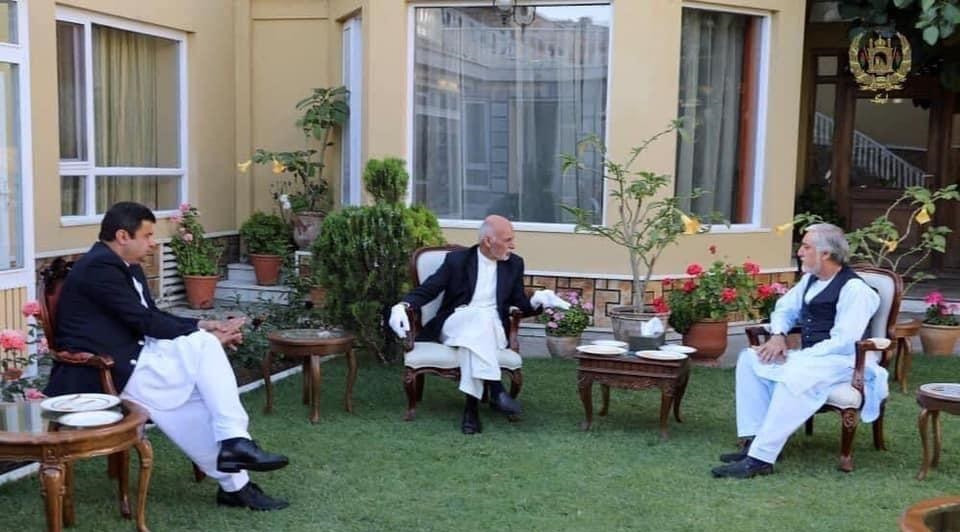 In what is being called an unprecedented move, the Presidential Palace announced that Ghani visited the homes of both Abdullah and Karzai on the second day of Eid Al-Fitr. The move came after Abdullah posted about Karzai’s Eid visit earlier on his Facebook page.

At the meetings, the leaders spoke about the peace process and the steps to be taken to ensure that the ceasefire continues. They also discussed the release of the Taliban prisoners and the state of the Afghan government.

These Eid meetings indicate that the two main opponents of the presidential elections last year are willing to mend fences. After the final tally had been revealed last year, Afghanistan saw months of political tensions with Abdullah and Ghani duking it out for the post and not accepting the results. After international pressure and domestic mediations, the current leadership was decided with the signing of the power-sharing agreement between the duo.

Looking beyond the optics, the meeting received mixed responses on social media.

Mohammad Arif Rahmani, a lawmaker at the Lower House of Parliament, tweeted: “Mohammad Ashraf Ghani, with the lesson that he has learned in his five failed years of government and leadership, now wants to do politics to attract and grabs hearts and eyes and be tolerant of his opponents.”

Samira Mayel, another journalist, said, “Such meetings are beautiful.”

Today, Ghani also met with Vice Presidents Amrullah Saleh and Sarwar Danish to talk about the peace negotiations with the Taliban.