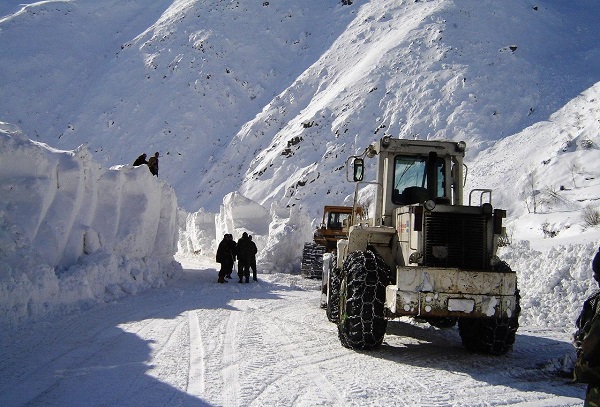 Heavy Snowfalls Break Record of Last Many Years in Afghanistan

The International Federation of Red Cross and Red Crescent Societies have issued a bulletin to reflect the current situation and details available at this time in Afghanistan.

The Afghan Red Crescent Society (ARCS), with support of the International Federation of Red Cross and Red Crescent Societies (IFRC) in its report cited that the heavy snowfalls broken the record of last many years in Afghanistan and caused widespread damages across the country in second week of January 2020.

Based on the report, heavy snowfall, flooding and a large number of avalanches were reported in different parts of Afghanistan between 12 -15 January 2020.

“Around 11 out of 34 provinces reported to have been affected badly. Provinces with casualties and significant damage to homes and livelihoods included Helmand, Kandahar, Zabul, Uruzgan, Laghman, Herat, Badghis, Ghor, Daykundi, Bamyan and Baghlan provinces, resulting in main roads connecting Kandahar to Kabul and Kandahar to Uruzgan being temporarily closed to public movement” the report reads.

Many areas of the country are still inaccessible, due to heavy snowfall, avalanches and landslides in the hilly part of the country, making it difficult to obtain a complete picture of the impact of the disaster and total number of affected families.

However as per initial report of Afghan Red Crescent Society (ARCS) around 655 houses are partially damaged, 30 houses are completely destroyed, 13 people dead, 40 people injured, and 322 families are displaced to the safe places.

It is estimated that up to two meters of snow have fallen in different parts of Afghanistan and many avalanches are reported within a span of four nights.

“Initial assessments indicate that limited food supplies in local markets have caused inflation in the prices. Worse yet, the frozen ground has made it a challenge for affected communities,” the report said.

Government authorities have also begun distributions of tents and blankets to affected families that have lost their house either partially and completely in some part of the country.

“ARCS and other humanitarian agencies are conducting assessments in affected areas. The Government of Afghanistan through its emergency operation centre coordinating with the provincial authorities to assist the affected people. Heavy snow and flood affected people are in need of emergency shelter, warm clothing, food and non-food items and hygiene kits,” the report added.