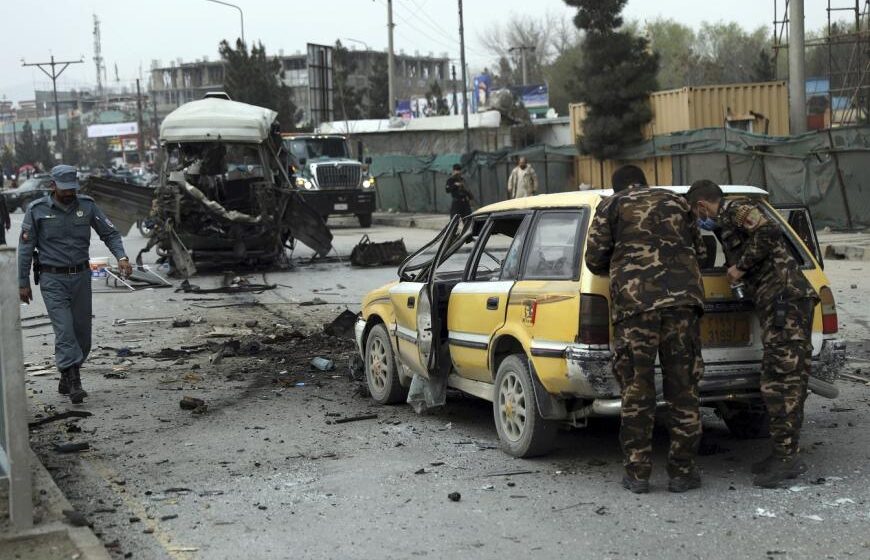 HRW in a press release on Tuesday said that the Afghan authorities should carry out prompt and thorough investigations into the killings, which are apparent war crimes, and prosecute those responsible wherever possible.

“A recent surge in targeted killings appears intended to drive women from public life and spread terror among minority communities,” said Patricia Gossman, associate Asia director. “Unidentified attackers have also gone after journalists, civil society activists, and professionals, killing many, driving some from the country, and leaving the rest to live in fear.”

The Afghan Journalists Safety Committee reported that 14 women working for media outlets in Afghanistan were threatened or violently attacked in 2020. An increasing number of Afghan women in journalism have left the profession because of worsening security and threats – a trend that emerged after 2015 and has accelerated.

The Islamic State of Khorasan Province (ISKP), an armed group affiliated with the Islamic State (also known as ISIS), has claimed responsibility for many recent attacks in Jalalabad city, the capital of Nangarhar province.

The group has posed a serious threat to civilians since about 2015 when its members began a campaign of intimidation and brutal attacks against the local population.

According to the press release, in many cases, insurgents have accused the women of violating social norms by taking on a public role. It is often not clear whether the ISKP, the Taliban, or other groups are responsible for the threats and attacks.

A woman who had worked as a reporter for several years told Human Rights Watch that she left Afghanistan in late 2020 after she received warnings from intelligence officials that insurgents from the Islamic State affiliate were plotting to kill her.

She said: “In the past 10 years, I have always been threatened for working as a female journalist, but I knew this time that this was different. Since I was working from home, I thought I am going to be safe. Our office had also been threatened a week before, and we were all tasked to work at home for security reasons. A few days after, my office delivered me the same message that I should restrict my movements because I am under threat.”

“Taliban forces have also been responsible for many targeted attacks on civilians, including the killing of Elyas Dayee, a journalist, in an IED explosion in Helmand on November 12. The Taliban has threatened many Afghan journalists in the months following the start of talks between the Afghan government and the Taliban on September 12,” the press release reads.

“Afghan authorities should conduct transparent and effective investigations into all targeted attacks, and to the extent possible, prosecute those found to be responsible,” Gossman added.