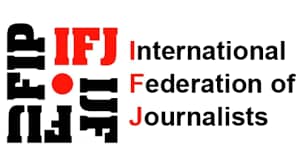 The International Federation of Journalists (IFJ) and its local affiliate, the Afghan Independent Journalists’ Association (AIJA) condemn the assassination of Afghan journalist, Bismillah Adil Aimaq and urged the government to urgently set up an independent inquiry and punish the guilty.

IFJ General Secretary, Anthony Bellanger in a press release said: “The brutal murder of Bismillah Adil Aimaq on the first day of the 2021 indicates the fragile situation facing journalists in Afghanistan, which already saw at least eight journalists killed in 2020.  The IFJ calls for an impartial investigation in to the case and for steps to be taken to punish the guilty. The IFJ once again demands that the Afghan government must increase its efforts to ensure the safety of journalists in this volatile space.”

The AIJA also.said: “The AIJA condemns the assassination and extends heartfelt condolence to the family- members of the deceased journalist Bismillah Adil Aimaq. We urge the security institutions to investigate the case and arrest the killers.”

Bismillah Adil Aimaq, an Afghan journalist and human rights activist was killed by unidentified gunmen in Dara-e-Taimoor village in Ghor province of Afghanistan on the first day of 2021.

The assailants opened fire at Adil Aimaq , 28, editor-in-chief of Voice of Ghor radio, while he was travelling by car to return to Feroz Koh, the provincial capital after visiting his family in a nearby village.

Media reported the provincial governor’s spokesman, Arif Abir, saying that others who were inside the car including the journalists’ brother, were unharmed.

The assailants immediately fled the scene. No group active in Afghanistan has so far claimed responsibility for the murder. Taliban spokesman Zabihullah Mujahid denied their involvement.

Last week, the journalist had made public the death threat he received via Facebook.

According to the AIJA, Bismillah Adil Aimaq was attacked twice in 2020. On November 8, he was attacked in his house and on November 12, he survived an assassination attempt.