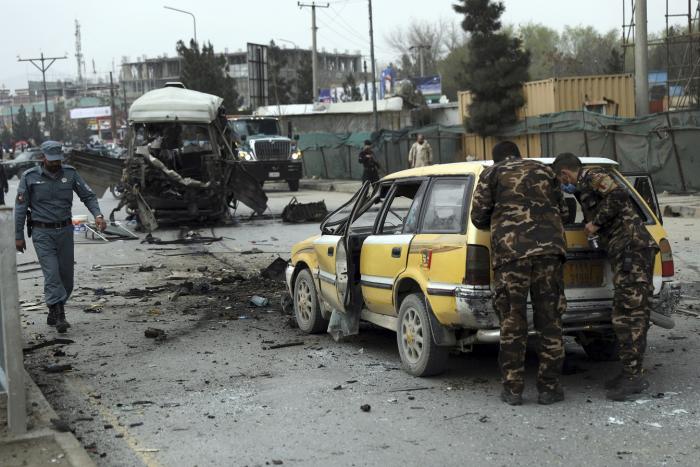 A group of 35 of the cross-regional Members of the Group of Friends of Afghanistan and/or the Group of Friends of Women in Afghanistan as listed below, condemn in the strongest possible terms the continued violence and targeted killings in Afghanistan including those committed by the Taliban and the Haqqani Network, as well as other armed groups, and transnational terrorist groups such as Al-Qaida, ISlK and their affiliates, in particular ISIL-Khorasan Province.

“These actions impede the prospects of peace, undermine civil space and the freedom of expression, and obstruct the delivery of basic services to populations in need,” the statement said. “These heinous acts of targeting journalists and media workers, civil society members, civil servants, religious scholars and intellectuals, many of whom are women, must stop immediately, and we call for the perpetrators to be held accountable.”

According to a recent report by the United Nations Assistance Mission in Afghanistan, at least 11 human rights defenders and media workers were killed in targeted attacks in Afghanistan from September 2020 through to 31 January 2021.

A total of 65 human rights defenders and media professionals were killed in the period from 1 January 2018 to 31 January 2021, the statement said.
“We express our support to the people of Afghanistan and for their hopes and expectations of peace, justice, and development in the country. We express our strong support for the peace process in which the gains achieved in the past 20 years must be preserved and advanced,” the group said.

The statement mentioned that women in Afghanistan are at the forefront of society, youth are engaged as agents of change, and the independent and free media plays a critical role in a democratic Afghanistan.

“We stand united with the people of Afghanistan and reiterate the international community’s strong condemnation of all targeted killings and attacks and other human rights abuses and violations of international humanitarian law,” the statement said.

“We call on all parties to fully respect their obligations under international humanitarian law in all circumstances, in particular those related to the protection of civilians, including humanitarian and health workers, and to allow and facilitate safe and unhindered humanitarian access.”

The group has called for an immediate reduction in violence leading to a comprehensive ceasefire, in line with Security Council Resolutions 2532 and 2565, and the need to bring an end to the conflict through an inclusive political settlement that ensures a sovereign, united, and democratic Afghanistan, at peace with itself, the region and the world.

“We also call on all actors, to engage in the peace process in good faith and to translate their commitments to peace into tangible actions for the benefit of all Afghans,” the statement concluded.