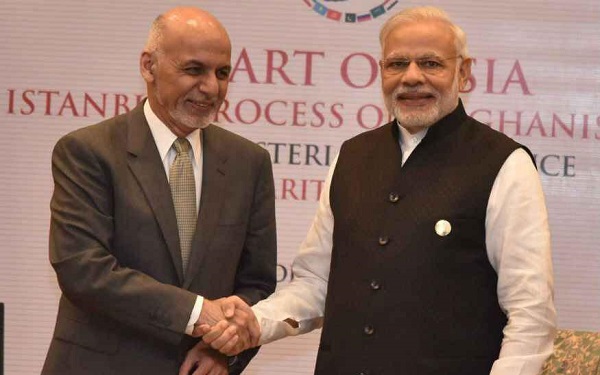 India, which has been the largest regional contributor to Afghan reconstruction, has not shown an inclination to pursue a deeper defense relationship with Kabul, a latest Congressional report has said.

“India has been the largest regional contributor to Afghan reconstruction, but New Delhi has not shown an inclination to pursue a deeper defense relationship with Kabul,” the Congressional Research Service (CRS) has said in its latest report on Afghanistan.

The CRS report, titled “Afghanistan: Background and US Policy In Brief”, came days ahead of President Donald Trump’s scheduled meetings with the prime ministers of India and Pakistan –Narendra Modi and Imran Khan.

On the eve of the Trump-Modi meeting in New York, External Affairs Minister S Jaishankar had a meeting with the Special US Representative on Afghanistan, Zalmay Khalilzad, on Monday.

According to CRS, Trump has encouraged India to play a greater role in Afghanistan’s economic development.

“This, along with other administrative messaging, has compounded Pakistani concerns over Indian activity in Afghanistan,” it said.

CRS is an independent research wing of the US Congress, which prepares periodic reports on issues of interest for lawmakers to take informed decisions.

“Pakistan’s security establishment, fearful of strategic encirclement by India, apparently continues to view the Afghan Taliban as a relatively friendly and reliably anti-India element in Afghanistan”, the report reads.

“India’s diplomatic and commercial presence in Afghanistan — and US rhetorical support for it — exacerbates Pakistani fears of encirclement. Indian interest in Afghanistan stems largely from India’s broader regional rivalry with Pakistan, which impedes Indian efforts to establish stronger and more direct commercial and political relations with Central Asia,” it said.