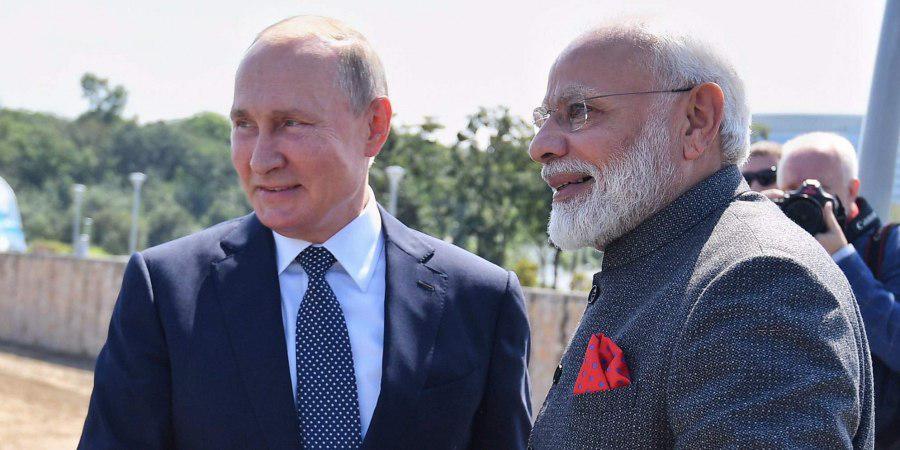 Indian Prime minister Narendra Modi and Russian President Vladimir Putin in a joint statement in Vladivostok, agreed that India and Russia will support all efforts for an inclusive peace and Afghan-led and owned reconciliation in Afghanistan.

The statement was issued during the official visit of Prime Minister Modi to Vladivostok on September 4. The two sides discussed multifaceted issues, including their role in Afghanistan.

The sides expressed their commitment to an early peaceful settlement in Afghanistan. The statement assured that they are determined to achieve this goal by continuing cooperation within the SCO-Afghanistan Contact Group and other internationally recognized formats and their support for the intra-Afghan dialogue launched in Moscow in February 2019.

The statement further confirmed that both the sides will continue intensive discussions on Afghanistan. The leaders encouraged all interested States in their efforts to make peace process in Afghanistan broad based, preserve the constitutional order, bring durable peace and to turn Afghanistan into a peaceful, secure, stable and independent state.

Finally, the leaders called for immediate cessation of violence. As the US-Taliban Peace talks have almost reached an end, violence has multiplied in the country, bombings in Kabul, Kunduz and Baghlan Provinces caused scores of civilian casualties.

This joint statement comes a day later when, Vassily Nebenzia, Russia’s Permanent Representative to the UN said that, “We want a peaceful Afghanistan, a settlement in Afghanistan. Whoever reaches the agreement and it is good for people of Afghanistan, we will support it.”

Meanwhile, Zalmai Khalilzad, US special envoy for Afghanistan reconciliation concluded the ninth round of peace talks with Taliban, and uncertainty still prevails over the peace situation as Secretary of State Mike Pompeo has allegedly refused to sign the document.