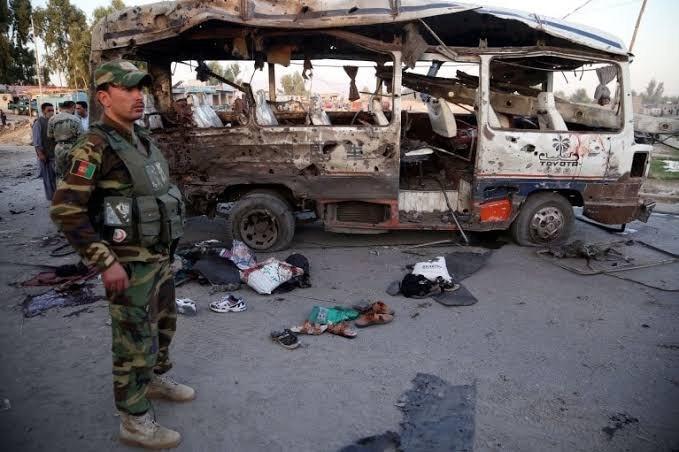 Attacks by the Taliban and other insurgent groups in Afghanistan reached record-high levels in late 2019 as peace talks between U.S. and Taliban negotiators stalled, according to a government watchdog report.

During the last three months of 2019, the Taliban and other insurgent groups launched more than 8,200 attacks against Afghan troops, American forces and civilians, more than in any other fourth quarter since 2010, the Office of the U.S. Special Inspector General for Afghanistan Reconstruction said in its quarterly report.

The record number of attacks comes amid a ramped-up air campaign by the United States, which dropped 7,423 munitions on targets in Afghanistan last year, the highest since at least 2013, according to data released in January by the U.S. Air Force.

Overall, the watchdog report found that attacks launched by the Taliban and other insurgent groups increased by 6 percent in 2019 from the previous year.

The watchdog report also found that during the last quarter of 2019, Afghanistan’s Special Forces — the units leading the fight against the Taliban in Afghanistan — conducted fewer ground operations than at any other time during the year.

Since 2018, the push for peace has brought with it a spike in violence in Afghanistan as the U.S.-backed government and the Taliban have looked to gain negotiating leverage through battlefield gains. That increased violence has resulted in record-high civilian casualties and rising casualties among Afghanistan’s security forces.

Casualties among Afghan security forces continued to increase during the last three months of 2019, the watchdog report found. But the increase was not quantified with a percentage, as past quarterly reports have done. Instead, the report says casualties among security forces have increased “slightly.”
Afghanistan’s military has struggled with high casualty rates for years. In early 2019, President Ashraf Ghani said more than 45,000 members of the Afghan security forces had been killed since he took office in 2014.

The American military command in Kabul has already begun reducing forces despite stalled talks, bringing U.S. troops in Afghanistan down to 13,000. At the height of the war in 2010 and 2011, there were more than 100,000 U.S. forces in Afghanistan.