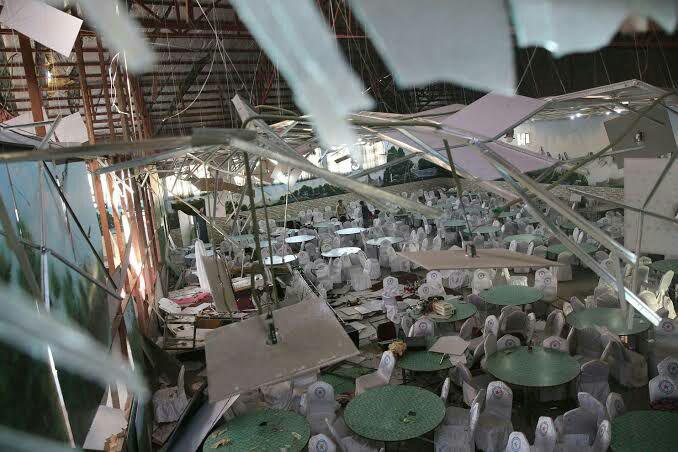 The United Nations Assistance Mission in Afghanistan (UNAMA) in a statement condemned the Kabul wedding attack. Initial reports indicate the explosion killed scores of civilians and injured many more, mainly women and children.

On the evening of 17 August, a suicide attacker detonated explosive in the Shahr-e-Dubai Wedding Hall in West Kabul where approximately 1,000 people were gathered for a Shia wedding ceremony. UNAMA’s human rights team is looking into the incident and working to establish facts.

UNAMA’s Special Representative for Afghanistan Tadamichi Yamamoto stated that an attack deliberately targeting civilians is an outrage, and deeply troubling and described it as a cowardly act of terror.

“I condemn these deliberate attacks on civilians that signal a deliberate intent to spread fear among the population, which has already suffered too much.” said Tadamichi Yamamoto, the UN Secretary-General’s Special Representative for Afghanistan.

The wedding hall where the attack took place is situated in an area of the city heavily populated by Afghanistan’s Shia Muslim minority. UNAMA has documented several previous attacks deliberately carried out against this community.

Mr. Yamamoto further added that the pace of such atrocious attacks indicates that current measures in place to protect must be strengthened, and that those who have organized and enabled such attacks must be brought to justice and held accountable.

The UN extended its deep condolences to families who lost loved ones and wished quick recovery to those injured. The statement read that the UN stands with all Afghans in solidarity and remains committed to an Afghan-led peace process that will end the war and bring about a lasting peace

Moreover, the UK Embassy at Kabul issued a statement condemning the heinous attack on the Kabul wedding “ Terrorists have inflicted untold suffering to families on what should have been a night of celebration. Our thoughts are with you all. The violence must stop”, read the statement.

Additionally, US ambassador to Afghanistan, John. R. Bass in an official tweet said that yesterday’s wedding hall bombing in Kabul was an act of extreme depravity. Our heartfelt condolences
to the victims and their families. No one should be subject to such an attack, least of all innocent children.

Finally, the Ministry of Foreign Affairs, Republic of Turkey issued a Press Release condemning the inhuman terrorist attack which targeted innocent people and wished Allah’s mercy upon those who lost their lives and speedy recovery to the wounded and conveyed condolences to the friendly Government and the brotherly people of Afghanistan.