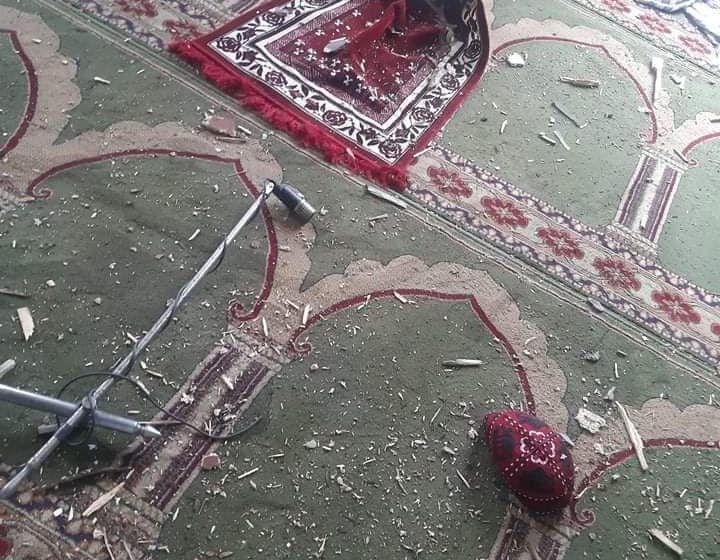 The blast in the Sher Shah Suri Mosque in Kabul, the second of its kind in less than two weeks, has been widely condemned by the international community.

Four people were killed and at least eight were injured in the attack which took place during Friday prayers. The mosque’s imam, Mawlawi Azizullah Mofleh, was one of the victims.

No group has claimed responsibility for the attack that took place in the posh Karte-4 neighbourhood.

Even the Taliban was quick to distance itself, with the group’s spokesman releasing calling the attack a conspiracy by the “enemy” as the country moves towards achieving peace.

The Afghan government and the country’s political leaders condemned the “inhuman” attack and promised an investigation into the incident.

President Ashraf Ghani called the explosion a “brutal terrorist attack” and said those that attacked sacred places of worship, civilians, women and children cannot justify their actions in any religion and these are crimes against humanity and against Islam.

Abdullah Abdullah, chairman of the High Council for National Reconciliation, called the attack “an unforgeable crime” and asked Afghan security forces to ensure the safety of mosques and scholars in the country.

Former president Hamid Karzai also condemned the attack and called it a “conspiracy against peace and stability in Afghanistan.”

The European Union Delegation in Afghanistan said the attacks demonstrate “the total disregard the perpetrators have for religion and civilian lives” and assured the people that “free society will prevail.”

The UN Alliance of Civilization’s (UNAOC) High Representative Miguel Angel Moratinos called the targeting of worshippers and sacred sites “intolerable” and reiterated that “such odious acts should not dissuade us from working together to promote solidarity, respect, and peace globally as one humanity.”

“We mourn the innocent lives lost and are reminded again that the Afghan people deserve to live free from the persistent threat of terror,” the U.S. State Department Bureau of South and Central Asian Affairs said. Their embassy in Kabul also said “terrorists will never defeat the Afghan people.”

“Another heinous terrorist attack against a place of worship… Civilians are not targets. Stop the killing,” U.K.’s Ambassador to Afghanistan Alison Blake tweeted.

The Canadian Ambassador, Dave Metcalfe, said “nobody has the right to deny freedom of faith or to target those practicing their religion in a sanctuary of worship.”

“Attacks against civilians, places of worship are crimes against humanity. Spoilers must not be allowed to disrupt historical opportunity for peace,” said Peter Prugel, the German ambassador.

Turkey’s foreign ministry said they were “concerned about the recent increase in the number of attacks targeting places of worship in Afghanistan.”

Iran’s embassy in Kabul said the attack was an act of terrorism and a criminal act on worshippers.

The Italian embassy called it “the new despicable” trend to attack a place of worship.

While violence has spiked in the recent weeks resulting in more civilian deaths, most attacks have been claimed by the Islamic State’s (IS) affiliate.