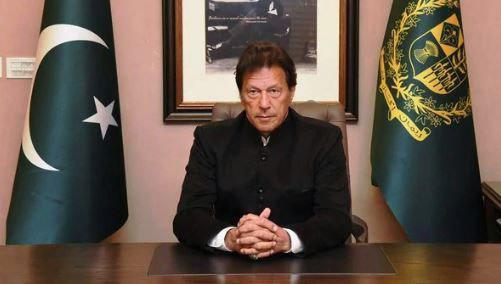 Speaking at an event at the Council on Foreign Relations (CFR) think tank in New York on Monday, Imran Khan, asked whether there was a Pakistani probe to find out how Osama bin Laden was living in Abbottabad, said: “The Pakistani army ISI trained Al Qaeda and all these groups to fight in Afghanistan, there were always links, there had to be links because they trained them.

Pakistan Prime Minister Imran Khan acknowledged that his country’s army and spy agency Inter-Services Intelligence (ISI) trained Al Qaeda and other militant groups to fight in Afghanistan, and therefore there were always links with them because they had trained them.

Khan further said that after 9/11 “we did a 180 degree turn and went after the same groups, not many agreed with us. Many people in the army didn’t agree with us”.

Khan further said that due to these disagreements there were “internal attacks” in Pakistan. “There were to suicide-attacks on General Musharraf,” he said, “which were insider, from within the army.”

The Pakistani PM blamed such internal disagreements within the army for safe haven to Laden. He said that it might be the collusion at the lower levels that sheltered Osama bin Laden but the army chief and higher-ups didn’t know about this.

On Monday, Imran Khan also blamed US for its dual policy on terrorism and said that joining former’s War on Terror was the biggest mistake Pakistan made.

“Pakistan by joining the US after 9/11 committed one of the biggest blunders. 70,000 Pakistanis died in this. Some economists say we had 150 billion, some say 200 billion loss to the economy. On top of it, we were blamed for the US not winning in Afghanistan,” he said.

Khan was quoted as saying by DNA that the resistance against the Soviets in the 1980s “was organized by Pakistani ISI in training these militants who were invited from all over the Muslim world to do jihad.”
“They (the insurgent groups) were indoctrinated that fighting foreign occupation is ‘jihad.’ But now when the US arrived in Afghanistan, it was supposed to be terrorism,” he said.

He further said that the very groups who were trained to fight Soviet resistance in Afghanistan in the 1980s were deemed as terrorists by the US after they arrived in the country in the aftermath of 9/11.