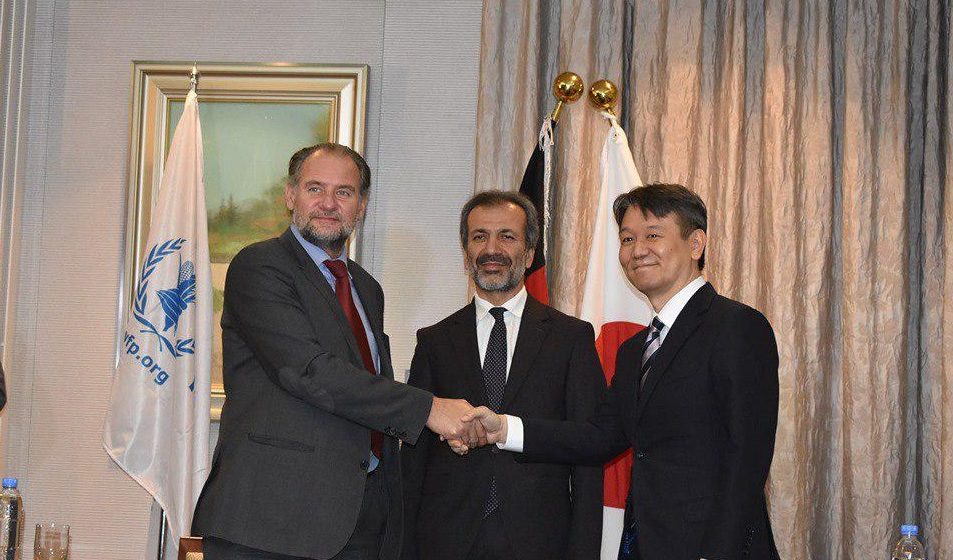 Japan has announced a new assistance of $ 2.7 Million which will enable the World Food Program (WFP) to provide food assistance to food-insecure people in Afghanistan in the coming 12 months.

The Embassy of Japan in Afghanistan in a press release said that Japan’s new contribution follows Japan’s humanitarian funding for WFP’s operation in Afghanistan amounted $ 1.25 million in March, 2019.

According to the press release, a handover ceremony in Kabul was attended by Chargé d’ Affaires ad interim of the Embassy of Japan in Afghanistan, the State Minister for Disaster Management of Afghanistan and WFP’s Representative and Country Director for Afghanistan.

“This new contribution will help thousands of families get through critical situations following shocks like displacement due to conflict or natural disasters”, said Zlatan Milisic, WFP’s Representative and Country Director. “Following the worst drought that struck the country in a decade, it is crucial that we continue to deliver life-saving assistance to food insecure families across the country.”

With the Japanese contribution, WFP will provide food assistance to 173,353 vulnerable people struck by natural and man-made disasters, to stabilize their food consumption and meet their food and nutrition needs during and immediately after emergencies.

Japan is a solid supporter of WFP, having donated US$200 million (¥21.5 billion) in the past ten years to WFP operations in Afghanistan.

The cumulative Japanese assistance to Afghanistan since 2001 amounts to more than $6.6 billion.

WFP has been working in Afghanistan since 1963 with the aim of helping Afghans build a hunger-free future for themselves and their country. WFP food is distributed on the basis of need, without regard for ethnicity, religion or political affiliation.