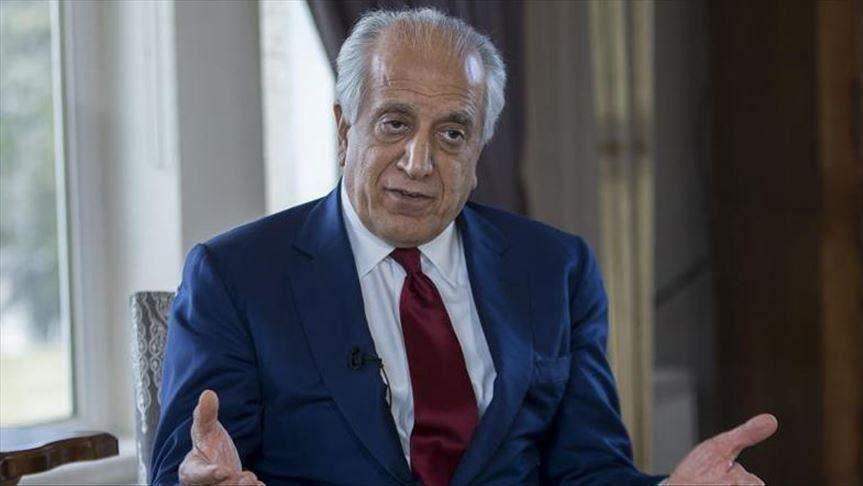 Khalilzad Briefs Members Of US Congress

The United States special Afghanistan envoy Zalmay Khalilzad on Thursday briefed members of the US Congress behind closed doors on the failure of the US-Taliban talks.

“In the last few weeks, we’ve seen the Afghan reconciliation process go off the rails in spectacular fashion,” Representative Eliot Engel, the Democrat chairman of the House Foreign Affairs Committee, said at a public hearing after Khalilzad’s appearance.

Citing a Taliban attack in Kabul in which 12 people, including a US soldier, were killed, Trump also cancelled US-Taliban negotiations led by Khalilzad that had been ongoing for months.
Alice Wells, acting assistant secretary of state, told the Foreign Affairs Committee that the Trump administration remains committed to the long-term stability of Afghanistan despite cuts in aid.

“We want to be able to signal … that we are committed to the long-term development of Afghanistan but not over-committed to the point where we are assuming unreasonable or even a counterproductive level of involvement,” Wells told committee in a public hearing.

Khalilzad has held nine rounds of talks with the Taliban in Doha, Qatar, but has said little in public about the negotiations to end the 18-year war. The Taliban negotiators have refused to talk directly with the Afghan government.

Khalilzad reported that he had reached an agreement in principle with the Taliban in which Washington would pull out troops and the militants would promise to break with Al-Qaeda and prevent Afghanistan from becoming a haven for terrorists.

However, the peace talks collapsed last week after President Donald Trump cited an attack that killed a U.S. soldier as his reason for calling off negotiations.

Trump proclaimed the negotiations “dead” and he scrapped planned secret talks with the group at Camp David.

The Taliban on September 18 said “doors are open” to resuming talks with the United States despite continuing violence ahead of a presidential election in Afghanistan.

The Taliban’s chief negotiator, Mohammad Abbas Stanikzai, made the statement after two recent attacks claimed by the militants killed at least 48 people in Afghanistan.

Afghanistan has been marred by a string of deadly Taliban-claimed attacks following the collapse of peace talks with the U.S. as they continue to reject acknowledging the Afghan government.

Recently, Afghan forces backed by U.S. air power managed to reclaim some territory from the insurgents, resulting in deadly clashes in various pockets of the country claiming many lives on all sides, including civilians.

At least 30 pine nut harvesters were killed and 40 others wounded in a U.S. drone strike early Thursday in eastern Afghanistan close to the Tora Bora mountains.