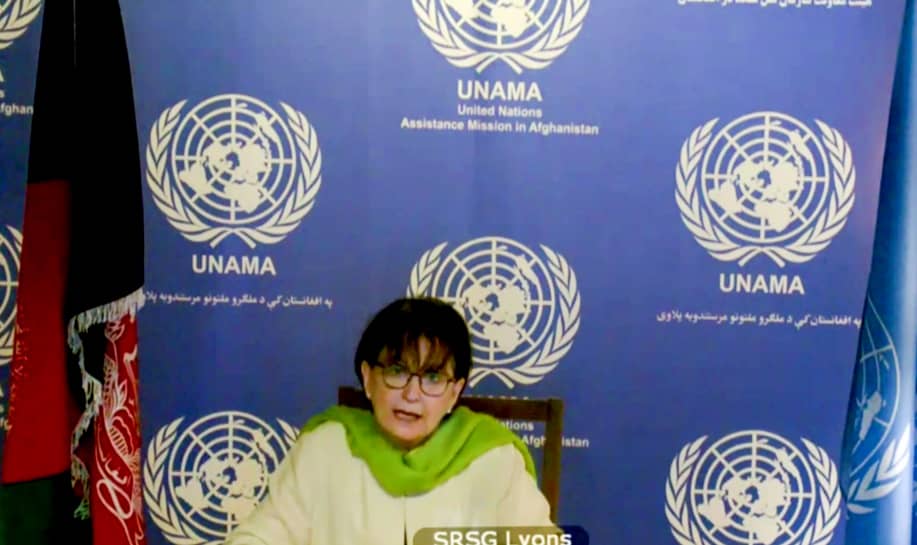 “We always knew that this would be a complicated peace,” said Deborah Lyons, who is Special Representative of the Secretary-General and Head of the United Nations Assistance Mission in Afghanistan (UNAMA), as she briefed the 15-member Council during a videoconference meeting.  Describing today’s meeting as a chance to take stock six months after the launch of the Afghanistan Peace Negotiations, the signing of an agreement between the United States and the Taliban and a joint declaration between Kabul and Washington, D.C., she said attacks against civilians have only escalated.  The extreme violence is leading both Afghans and their international partners to voice understandable frustration.  “The killings, the displacement, the suffering of the Afghan people must end now,” she stressed.

Noting that the first two months of 2021 saw a worrying spate of brutal attacks deliberately targeting civilians, she said the deaths of more than 80 Afghans — including media staff, civil society, members of the judiciary, religious scholars and Government officials — have been recorded to date.

“This does not convey the full, crippling impact of the violence on Afghanistan’s civic life,” she said, adding that for every Afghan killed, many more leave their professions or plan to flee the country.  Noting that Islamic State in Iraq and the Levant—Khorasan Province (ISIL-KP) claimed responsibility for 25 violent attacks in the last quarter, a steep increase, she also spotlighted a deepening humanitarian crisis and the threat of drought.  Food insecurity is at record levels, with more than 40 per cent of the population at emergency and crisis levels.

Against that backdrop, she called on Member States to contribute generously to the humanitarian response plan, which is only 6 per cent funded, while warning that money alone is not enough.

Emphasizing that such acts are illegal and unjustifiable, she recalled that she recently raised those issues with Taliban leaders and her office has been working with the Afghan Government to ensure its legislative framework protects the space of non-governmental organizations carrying out humanitarian work.  Meanwhile, Afghanistan seems to have weathered the second wave of the COVID-19 pandemic, and vaccinations have begun thanks to donations from the Government of India and the support of the global COVAX facility.

Noting that by the time of her next briefing to the Council in June the proposed deadline for the withdrawal of international troops under the United States-Taliban agreement will have passed, she stated:  “I hope that by then, we will be able to discuss real progress, brought about by continued negotiations in Doha, tangible outcomes from the meeting in Turkey, and, if not a ceasefire, at least a substantial de-escalation in violence,” she said.  While those developments could mark a real turning point, the road ahead is still not clear and “we are moving into a period of great uncertainty”.  Continued vigilance and support by all actors are needed, she stressed.