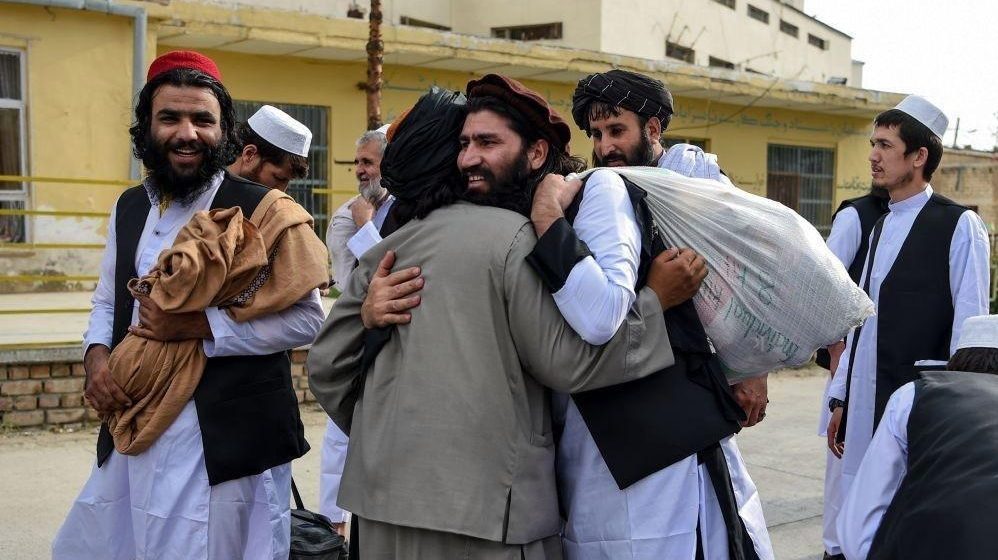 Majority Of Taliban Released By Afghan Gov’t Returned To Battlefront

Hundreds of Taliban fighters who were freed by the Afghan government have reportedly returned to the battlefront, said Foreign Policy quoting a yet-unreleased paper for the Afghan Peace Dialogue Project at Queen’s University in Belfast, Northern Ireland.

“Taliban prisoners released by the Afghan government as part of a deal brokered by the United States aimed at ending almost 20 years of war are returning to the battlefield as commanders and fighters, in direct contravention of pledges made by the insurgents to the White House,” it said.

The paper, authored by Taliban experts Michael Semple and Felix Kuehn said that former Taliban prisoners were “participating in combat, being killed fighting, being taken prisoner and one case of an ex-prisoner being involved with revenge assassinations.”

They profiled 108 Taliban prisoners and found that 68% of them, that is 74 fighters, had already “re-integrated into the Taliban” and taken active roles in the war or were in Taliban groups that were preparing to resume fighting.

Some of the released detainees had also taken up positions as shadow district military chiefs or political heads.

Semple and Kuehn write: “A number of ex-prisoners have been appointed to direct command positions since their release… The appointment of ex-prisoners as uluswals — which are essentially in charge of military affairs and oversee civilian matters at a district level — is now widespread.”

A further 8% of the interviewees wished to return to the battle but were “being held back by family opposition,” mostly by their wives. A further 27, or 24%, “will categorically not re-join the conflict” for various reasons, mainly because they wished to return to civilian life.

Foreign Policy spoke to a senior Afghan official who said the report’s findings “comport with what we have observed.”

The research appears to confirm doubts about the value of Taliban promises to reduce violence, keep their men off the battlefield once released from prison and comply with other conditions in their agreement with the U.S., including renouncing ties with the Al Qaeda.

Critics of the deal suspect the Taliban are interested only in a return to power that will facilitate their ultimate goal of establishing an Islamist government, hand in hand with Al Qaeda.

These reports come as the Afghan government prepares to sit for talks with the Taliban and has confirmed that the prisoner exchange process has been completed.