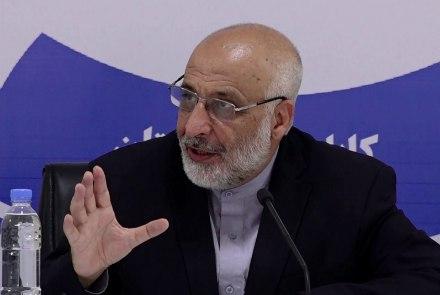 Masoom Stanekzai, chief negotiator of the Afghan government and head of the commission for the Loya Jirga, said that the jirga’s role is advisory and it does not have the authority to release the remaining 400 Taliban prisoners.

Speaking at a press conference on Wednesday, Stanekzai said that the remaining Taliban detainees had committed criminal offences, but did not include any foreigners.

He reiterated that President Ashraf Ghani did not have the authority to release these people, according to the Afghan Constitution. Therefore, even if he wanted to release them, his decree would be illegal.

Thus, Ghani had convened the Peace Consultative Loya Jirga to seek the views of the people’s representatives and the elders, on not only the prisoner release but on other issues concerning the peace process.

“The members of the Loya Jirga also do not have the authority to release 400 prisoners. They are only consulted to include the views of the Afghan people in major decisions,” Stanekzai said. “If a decision is made in the Jirga, it must be approved by parliament and the Afghan government.”

Stanekzai also said that members who had participated in the 2019 Loya Jirga were invited. The administrative board and committees would remain the same as the last Jirga’s, therefore reducing the time to be spent on the process of electing new members.

Abdul Salam Rahimy, the President’s Special Representative and acting State Minister for Peace, said that the Loya Jirga is being held to prevent delays in the start of the intra-Afghan negotiation.

“Peace has a price and there must be a national consensus on paying that price. The 400 prisoners who need to be released are the price, and by holding a consultative Loya Jirga, we will see if the nation wants to pay that price for peace or not,” Rahimy said, adding that delaying it would mean the continuation of bloodshed.

Meanwhile, the Taliban said that the Afghan government’s move to convene a Loya Jirga had “no legal grounds” and that all factions should avoid creating obstacles in the way of the peace process.

The Afghan government has so far released 4,600 people from the Taliban’s 5,000-strong list, saying the remaining 400 prisoners have committed serious crimes.