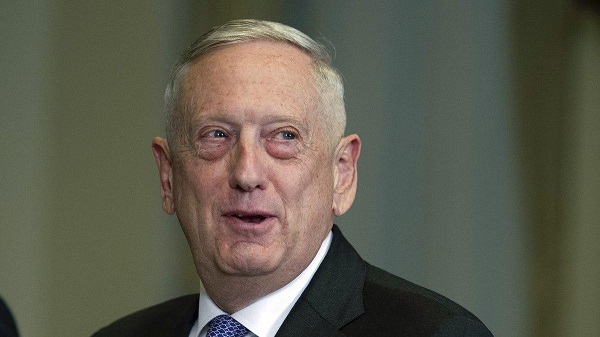 Mattis Slams Obama & Trump For Their Defence Policies In Afghanistan

Former Secretary of Defense James Mattis criticized President Obama’s orders to withdraw forces in Afghanistan without consideration for what was happening on the ground.

Mattis, in an interview with NPR, said he had been given “two contradictory objectives” in 2011 when he was leading Central Command and overseeing the wars in Afghanistan and Iraq.

He further said that, ”The forces under my command at CENTCOM were to degrade the Taliban while building up the Afghan army. They were also to withdraw on a strict timetable, independent of circumstances on the ground. We could do one or the other, but not both,”

Mattis, 68, also took another swipe at President Trump’s embrace of isolationism that has been a focal point of his presidency.He did not mention Trump by name, but stressed that such isolation could threaten America’s global standing.

“Throughout history, we see nations with allies thrive, and nations without allies wither,” he said.

Trump has often criticized American allies, particularly NATO members, arguing that they are taking advantage of the U.S. for their security. But Mattis said U.S. allies are needed, especially in combating terrorism.

“They were alongside us because they shared the values, the sense that terrorism was a threat to everyone,” Mattis said of eight allied nations fighting alongside the U.S. in Afghanistan.

Mattis clarified that “When you go into these kind of situations, you need every ally you can get your hands on. You need all of them. You need their votes in the United Nations. You need their troops on the ground.”