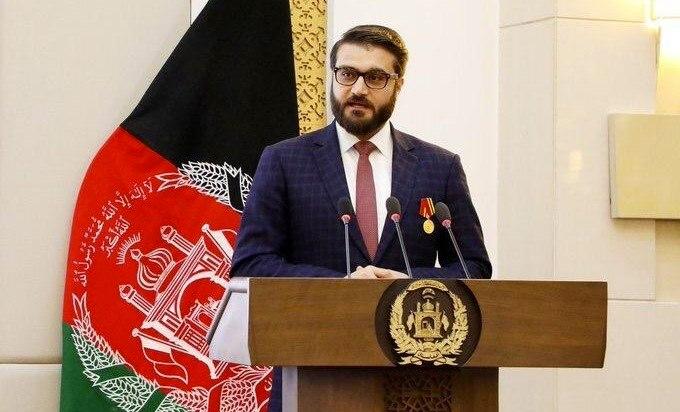 Moheb: With US Withdrawal, Afghanistan Faces Threat Of Civil War

National Security Advisor Hamdullah Mohib warned of the possibility of a civil war breaking out in Afghanistan after the U.S. troops withdraw.

In an interview with the BBC News published on Tuesday, Mohib said the Afghan government is preparing for both peace and war and is making every effort to reduce the real threat of civil war in the country after the American leave.

He urged the Taliban to negotiate in good faith as the Afghan government was also doing its best to give peace a chance.

Mohib added that U.S. air support is now crucial for Afghan security forces on the battlefield against the Taliban.

Commentators have said that a premature American troop withdrawal without the peace dialogues reaching a resolution, would intensify the conflict.

Former White House National Security Advisor John R. Bolton called it a “huge mistake” to withdraw the bulk of the U.S. troops by next year.

“I think the advantage of keeping a substantial American force, not only for counterterrorism purposes but for others in Afghanistan, should be clear by now, although obviously, it isn’t,” Bolton said during an event hosted by the Atlantic Council on Monday.

Mohib’s remarks also come more than a month after the start of the peace negotiations in Doha, where the two sides have failed to agree on the framework and rules for the talks to start as violence across Afghanistan rises sharply.

This has also caused concern as Presidential spokesperson Sediq Sediqqi accused the Taliban of overlooking the Afghan government’s “generosity and sincerity” of having released dangerous militants from prison.

“The Afghan government and our people made a courageous decision to release 6,100 dangerous Taliban prisoners that is unprecedented in any peace deal in the history – to accelerate the peace process, and force the Taliban to end the war and establish a dignified and lasting peace,” he tweeted on Monday.

“The recent Taliban attacks in Helmand and Ghor provinces show that the Taliban have overlooked this generosity and sincerity of our government and our people, they are continuing their senseless war and intensified their brutal and terrorist attacks on our people.”

Members of the contact groups of the Afghan government and the Taliban’s negotiating delegations met on Monday evening and discussed the disputed items.

The contact teams of both sides were reduced to 3 members each and they had met.

Ghulam Farooq Majroh, Fatima Gailani and Rasul Talib are members of the contact group for the Afghan republic, while Nabi Omari, Qari Din Mohammad and Latif Mansoori are representing the Taliban.

“The continuation of the meetings was emphasized so that the final understanding on the procedures could be reached as soon as possible,” said the Taliban spokesperson, Naeem Wardak.