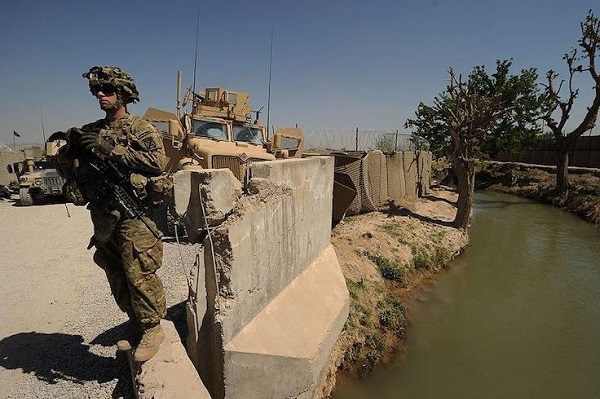 More than 5,000 Americans, Afghans, and coalition service members have been killed, wounded, or kidnapped in Afghanistan since the United States began its multibillion-dollar rebuilding effort in 2002.

In the government’s first public accounting of the human cost of rebuilding Afghanistan, U.S. officials conservatively estimate that 5,135 have been killed or wounded in the 18 years since rebuilding and stabilization missions began in Afghanistan. The statistics are recorded in a report from the Special Inspector General for Afghanistan Reconstruction, or SIGAR.

The total number of casualties “includes 2,214 killed and 2,921 wounded.” The report also “identified 1,182 individuals that were kidnapped or went missing.” The oversight organization billed its findings as the “first official accounting by an independent inspector general of the human costs of reconstruction and stabilization in Afghanistan.”

“Unless the U.S. Government considers the human costs, the true costs of reconstruction and stabilization efforts in Afghanistan are not accurately captured,” SIGAR concluded in its report.

A total of 284 Americans were killed while working to rebuild the country, including 216 military members and 68 civilians who participated in reconstruction projects over the years.

The data show that the majority of these casualties occurred “during the height of the reconstruction efforts,” which took place from 2008 to 2011.

“Little effort has been made up to now to track the human costs—the number of people killed, wounded, or kidnapped—to accomplish these activities,” Special Inspector General John Sopko wrote in the report. “This has left policy makers with an incomplete picture of the true cost of our efforts in Afghanistan.”

Several thousand Afghans were killed during reconstruction operations, including 1,447 Afghan civilians. Another 2,008 were wounded and 1,003 kidnapped.

Casualties also resulted from operations meant to bolster Afghanistan’s security. At least 346 were killed during such operations and 472 wounded.

Some 257 victims were killed or wounded while providing health, education, and food services to displaced Afghans.

“One measure of the cost of our reconstruction and stabilization projects in Afghanistan is the number of casualties suffered,” SIGAR wrote. “While considerable effort is made to track the amount of U.S. dollars spent, this review shows that we do not adequately capture the human cost of conducting reconstruction and stabilization projects while combat operations are still ongoing, especially third country nationals and Afghans.”