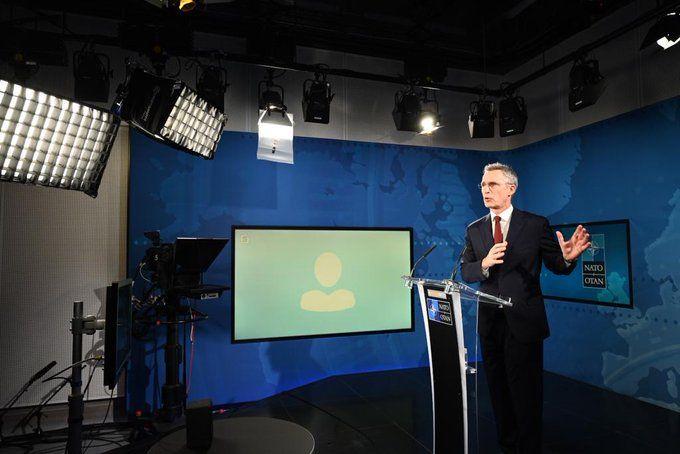 NATO chief Jens Stoltenberg at a press conference on Thursday called on Afghan leaders to resolve their differences and work for peace in the country.

“We are of course concerned about the political turmoil we see in Afghanistan today, I was in Kabul a couple of weeks ago when the deal was signed and we had announcement of the deal between Taliban and the United States and of course to make sure that deal is implemented, we need united Afghan government that can be part of a political negotiating process,” said Stoltenberg, as a political impasse remains in Afghanistan in the aftermath of the presidential elections.

“We urge all political forces in Afghanistan to find a solution, an inclusive solution and to make sure that we are able, they are able–to implement the agreement with the Taliban,” said the NATO chief.

Asked about NATO’s “leaving” Afghanistan, he said: “This is not about leaving, this is about reducing our presence and the plan is to go from roughly 16,000 to around 12,000 [troops] within a 135 days and we are implementing that plan in line with the US reduction, NATO allies are also reducing their forces.”