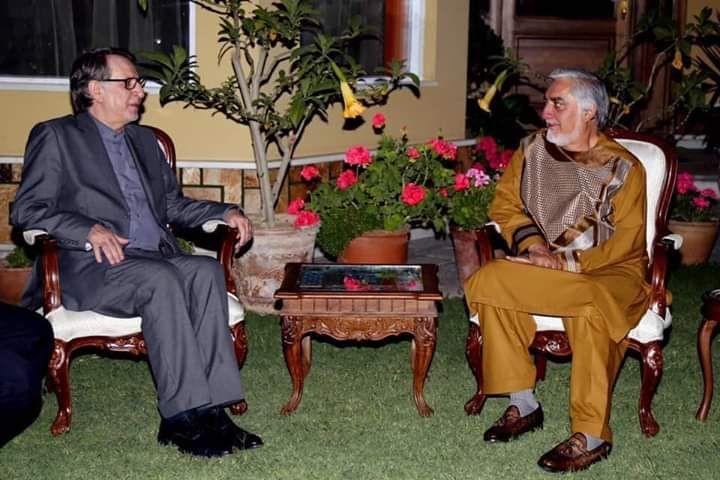 No Justice for Harirud Incident Victims Yet

Nearly a month after the torture and drowning of Afghan migrants in the Harirud River along the Afghanistan and Iran border, the Iranian delegation is in Kabul to participate in the joint fact-finding mission. Iran has always denied the incident occurred within its border area.

The Afghan Foreign Ministry announced that the Iranian diplomatic delegation arrived in Kabul on Tuesday to conduct the joint-investigation.

Abdullah Abdullah, Chairman of the Supreme National Reconciliation Council met with the delegation. “During the meeting, the latest developments regarding the two countries’ research in this field were discussed and we called for a serious and fair investigation and investigation into this incident,” he said without elaborating on any details.

Abdullah wrote on his Facebook page that the Iranian delegation assured their full cooperation with the investigations.

Acting Foreign Minister Mohammad Hanif Atmar also met with the Iranian diplomats to discuss the torture and drowning of Afghan migrants by Iranian border guards and stressed the purpose of the investigation was to obtain the facts, prosecute the perpetrators and take the necessary measures to prevent such incidents from occurring in the future, which may affect relations between the two countries.

According to official statements, Mohsen Baharvand, Iran’s Deputy Foreign Minister for International and Legal Affairs, condemned the incident and called it “unacceptable” to the Iranian people and government. He said Iran is committed to the investigation and to justice.

Iran has received the documents of the Afghan investigations and they have been seen to the relevant people in Tehran.

On May 1, certain media outlets reported that Iranian border guards had thrown around 57 Afghans into the Hari River (Harirud) in western Herat province to prevent their illegal entry into Iran. Afghan media outlets said at least 23 had drowned.

Tehran has categorically dismissed the claims, saying that the incident took place on the Afghan side of the border and Iranian forces had no role in the incident.

Prior to the Iranian delegation’s visit, an Afghan Foreign Ministry spokesman said the documents and evidence of the torture and deportation of the workers had been received from the Afghan Border Commissioners. Iranian border officials had refuted the findings.

Meanwhile, relatives of the victims of the incident have repeatedly called on the government to follow up on the perpetrators and bring them to justice.