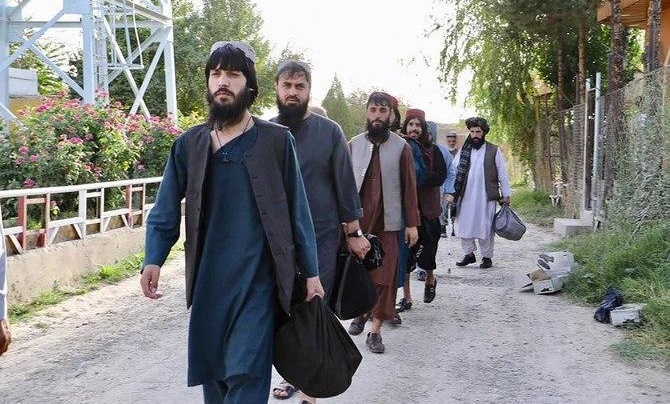 The Afghan government has denied claims by the Taliban that they have yet to complete the prisoner exchange process according to the list provided by the militant group.

The new spokesperson for Taliban’s political office, Mohammad Naeem Wardak told Al Jazeera that the Afghan government was deliberately delaying the release of 100 prisoners to impede the intra-Afghan peace talks.

“Approximately 100 Taliban inmates are still in jail. Some have been released in the last 24 hours and we have been assured that those remaining will be released soon,” Wardak told Al Jazeera.

“Our agreement is with the Americans and we have asked them to ensure that their side of the agreement is implemented. They keep giving us various reasons for the delay. We are ready to talk as soon as the prisoner release is complete,” Wardak said, referring to the Doha agreement signed between the group and the U.S. in February.

However, the Afghan government insists that all Taliban prisoners have been released and rejected the claims of holding on to nearly 100 members of the group.

“Currently there are no Taliban prisoners with the Afghan government from the list provided by the Taliban. Our expectation is that the Taliban will prepare for the intra-Afghan talks,” said Sediq Sediqqi, a spokesperson for President Ashraf Ghani told media.

Javid Faisal, spokesperson for the Office of the National Security Council (NSC) also insisted that the government has completed the prisoner release.

” The Taliban should stop making excuses and start direct talks immediately… They should stop bloodshed of the Afghan people with their excuses,” he told Al Jazeera.

The Presidential Palace and the High Council for National Reconciliation have repeatedly said they have complied with all the conditions of the Doha agreement and called on the Taliban to start the peace talks.

Some high profile detainees, who have been accused of killing foreign troops, are still left and will be moved to Qatar, the government has said.