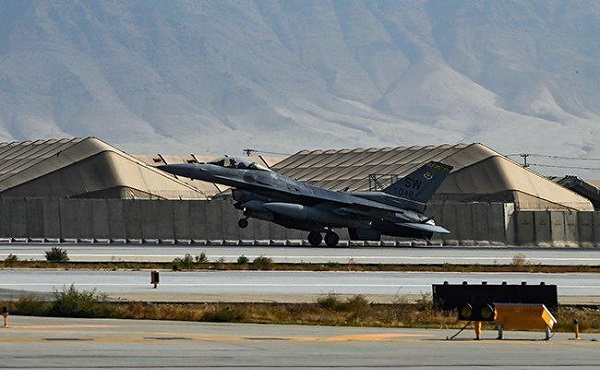 October Airstrikes Ramp Up Against IS-K Group in Afghanistan

US-managed airstrikes in Afghanistan dropped in October, according to new data published by US Air Forces Central Command.

In Afghanistan, the number of airstrikes by manned and unmanned platforms dipped from 948 in September to 777 in October—the most logged in an October since 2010. That brings the total number of weapons released so far this year to just over 6,200 as of Oct. 31. It also marks the first monthly decline in airstrikes since May.

As per the Air Force Magazine report, manned aircraft in Afghanistan conducted about 2,080 sorties where at least one weapon was fired through the end of October.

Operation Freedom’s Sentinel and the NATO-led Resolute Support mission racked up 14,675 intelligence, surveillance, and reconnaissance sorties in the first 10 months of 2019, including about 1,500 in October. They have also logged nearly 8,600 airlift and airdrop sorties and 2,600 tanker sorties.

More than 4,400 weapons have been expended so far in those countries in 2019, though the air campaign against the Islamic State group there has dropped off drastically since January.

Aircraft in the region also recorded nearly 1,100 ISR sorties in October, and are nearing the second-highest annual level of those sorties since 2015.

Operation Inherent Resolve logged about 800 airlift and airdrop sorties in October for a total of 5,781 in 2019 through the end of the month. Tankers completed about 600 sorties and 3,600 air refuelings in October.

AFCENT tracks assets controlled by the combined forces air component commander, which includes the US and coalition aircraft. Not all aircraft flying in the Middle East fall under CFACC control.