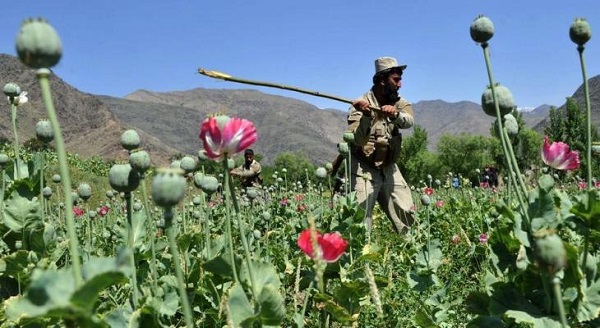 “Low opium prices at planting time drove the decline in cultivation. The rise in potential pure production is a direct result of favorable weather and harvesting conditions,” the data reads.
The US Office of National Drug Control Policy emphasizes that the continued large-scale Afghan poppy cultivation and opium production further complicates the government of Afghanistan’s ability to maintain the rule of law and promote good governance.

Although heroin originating from Afghanistan is not a driving force of the United States opioid epidemic, drug revenue generated by insurgents prolongs insecurity and fuels corruption.

ONDCP stressed that the United States Government will continue its work to enhance its longstanding partnership with the government of Afghanistan to address this serious problem.