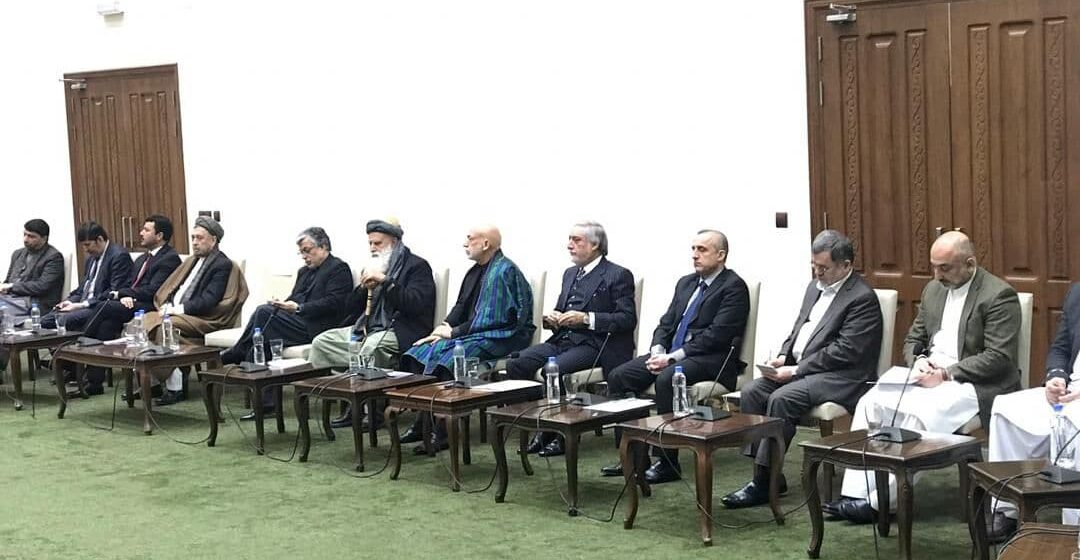 The chairman of High Council for National Reconciliation Dr. Abdullah Abdullah says the venue for peace talks should not be an obstacle.

At the second meeting of Reconciliation Council, Abdullah said: “The people of Afghanistan are determined to support and welcome the peace process.

“We and the people of Afghanistan are supporting the Islamic Republic’s negotiating team and are looking forward for positive outcomes in the second phase.”

“You are representing the Republic of Afghanistan, & its great people. You can enter into talks with Taliban, & discuss all topics on the agenda. You have to demonstrate that peace is a priority for the republic.”

The negotiation would resume on the 5th of January 2021, & the venue for the talks should not be an obstacle, Abdullah commented.

In the meantime, ex-President Hamid Karzai in his address at the second meeting of the reconciliation council’s said, the negotiating team “did a great job” in the negotiations and that Afghans are in urgent need of peace.

Abdul Rab Rasul Sayyaf, the former jihadi leader also said at the meeting that the Afghan side has the will for peace and that peace is the demand of every Afghan.

During the meeting, the first Vice-President Amrullah Saleh stated that the Afghan war is complicated and that its external dimensions are much bigger than its internal dimensions.

“The peace process will be further complicated if the Taliban continues to kill tribal elders, journalists and civil society activists,” Saleh warned.

Meanwhile, Former Vice-president Younus Qanuni in his address at the 2nd meeting of Reconciliation Council said the war in Afghanistan is taking victims from people on a daily basis.

He urged the government officials to “find a way to save this land”.