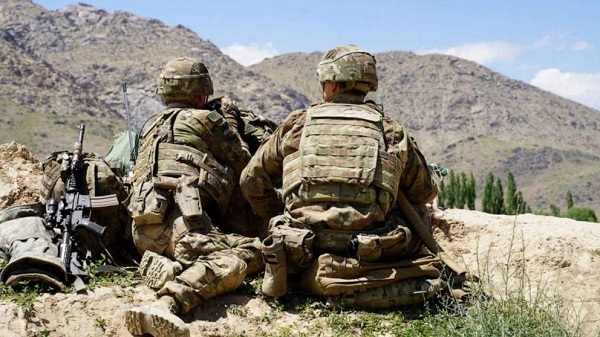 The US Department of Defense has posted on its official website that it had provided the semiannual report, “Enhancing Security and Stability in Afghanistan,” to the Congress. The report covers events June 1 through November 30, 2019.

The Pentagon’s congressionally mandated, semiannual report on Afghanistan finds that despite substantial U.S. and coalition support for the Afghan National Defense and Security Forces last year, “terrorist and insurgent groups continued to present a formidable challenge.”

The report covers the six months from June through November 2019. That was when President Trump had suspended peace talks and the Taliban employed what the report called a “fight-and-talk” strategy “to disrupt the democratic process, pressure the United States and delegitimize the Afghan government.”

“During this reporting period, the United States and Coalition Allies and partners helped execute a focused military campaign against the Taliban and intensified efforts to counter ISIS-K and Al-Qaida, while paving the way for reconciliation,” the document said. It noted there was “no reduction in violence for the first half of the reporting period” and that in the lead-up to the Afghan presidential election, the Taliban “increased the scale and violence of its attacks against population centers, including indiscriminate attacks against civilians.”

In addition, the report said the Islamic State of Iraq and the Levant-Khorasan Province, the Afghan offshoot of ISIS, “maintained the ability to conduct attacks, and sought to retain territory in eastern Afghanistan” despite pressure from the U.S.-led coalition and the Afghan military, as well as the Taliban.

Afghan security forces continue to suffer heavy casualties, which contributed to “attrition outpacing recruitment and retention,” the report found. The report also said that despite the depletion in its ranks, the Afghan military, although “stretched,” nevertheless succeeded in denying the Taliban the ability to accomplish its campaign objectives.

“The United States remains fully committed to the Resolute Support mission and our Afghan partners, as we work to ensure Afghanistan never again become a safe haven for terrorists,” the statement concluded.