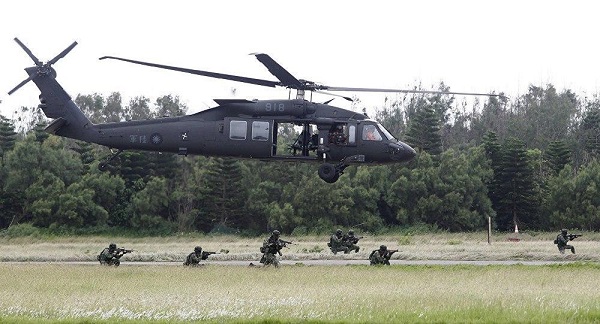 In a new report, the Pentagon said it would be slashing the number of UH-60 Black Hawk helicopters it planned to supply to the Afghan Air Force (AAF) by nearly two-thirds. Instead, it plans to supply CH-47 Chinook heavy-lifting choppers in a bid to replace the AAF’s Russian-made helicopters.

The Pentagon had once planned to supply the AAF with 159 Black Hawks in a bid to dramatically enhance their mobility in the hilly Afghan countryside. Former US Forces-Afghanistan Commander Gen. John Nicholson once hailed it as a game changer in the 18-year-long war against the Taliban. However, in a December 2019 report, the US Department of Defense said it planned to cut the number of UH-60 Black Hawks it would be supplying to the AAF to 53 – just one-third of the original.

The report, titled “Enhancing Security and Stability of Afghanistan,” also notes the AAF will only receive 10 of the planned 32 AC-208 Eliminator ground attack aircraft the DoD had planned to supply.

“These reductions were made on the basis of a review of future operational requirements,” the report notes, without further qualifying the reasons for the cuts. However, other information in the report may supply some clues.

The report also notes the DoD plans to completely replace the AAF’s fleet of Russian-made Mi-17 transport helicopters with US-made CH-47s by 2023. It doesn’t say how many that would be, but the AAF presently has 45 Mi-17s. The report further notes the AAF has just 65 qualified UH-60 pilots.

The US Special Inspector for Afghanistan Reconstruction (SIGAR) has also noted the problem, writing in early 2019 that supplying so many aircraft risks wasting taxpayer dollars when “the Afghan air force and special mission wing may not be able to fully use all 159 aircraft when delivered.”

Military Times noted there’s considerable resistance to replacing the Mi-17s with Black Hawks because of the latter’s vastly inferior lifting capacity as well as its more complex maintenance needs. By comparison, the dual-rotor CH-47 is a real powerhouse, capable of carrying twice the load of a UH-60 and substantially more than an Mi-17.

“Given that it takes substantial US support to maintain the airframes that the Afghan Air Force has already, it doesn’t seem feasible that they would be able to support that many Black Hawks without a significant contribution from NATO,” independent researcher and consultant on South Asian issues Matthew Archibald told the outlet in 2017.