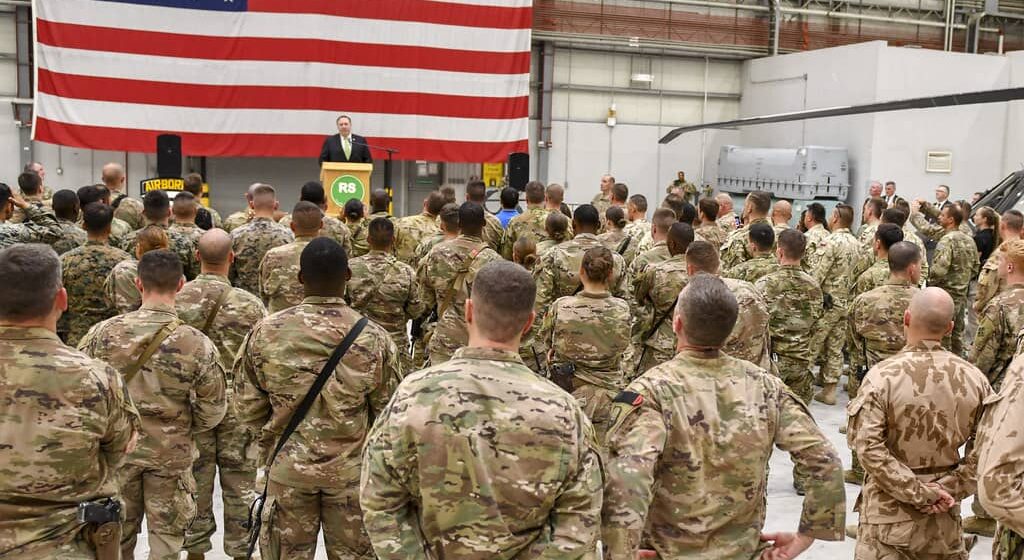 US Secretary of State Mike Pompeo has said that no American soldiers have been killed in almost a year in Afghanistan, following the US-Taliban Doha deal in which the Taliban pledged to avoid attacks against US forces in the country.

Mike Pompeo in a series of tweets has said, that no American soldiers have been in Afghanistan in Almost a year, after U-S Taliban, Doha deal.

Pompeo defended the Trump’s initiative as an “incredible progress”.

He tweeted, that “No U.S. servicemen have been killed in Afghanistan in almost a year, and Afghans are finally discussing peace and reconciliation among themselves. Such incredible progress”.

Pompeo also backed US troops withdrawal from Afghanistan saying, “Don’t need 10s of 1,000s of U.S. troops on the ground to do that. We have partners: brave Afghans, the NATO forces. We also have the ability to project power from afar,” Pompeo added.

“Logged a lot of air miles to Qatar and Afghanistan and back for talks. Thanks to Mohammed bin Abdulrahman bin Jassim Al Thani, Deputy Prime Minister of Qatar, Abdullah Abdullah, Chairman of the High Council for National Reconciliation and President Ashraf Ghani,” he asserted.

“No New Wars. And we brought thousands of our men and women home to their families. America is still safe and our military is ready to strike if duty calls,” he emphasized.