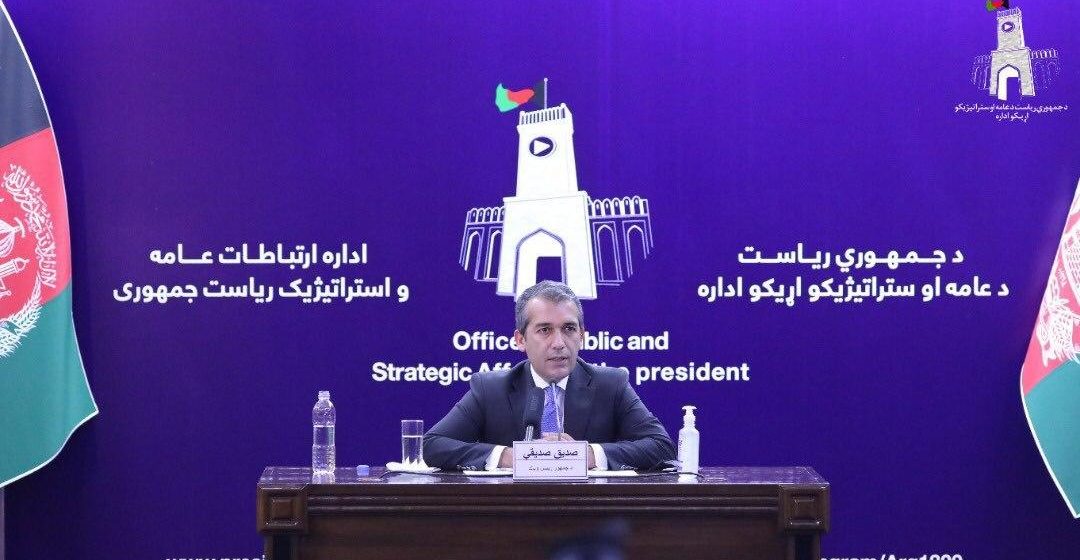 The Presidential Palace said that while the Islamic State in Khorasan Province (IS-K) had been defeated in eastern Afghanistan, the recent Nangarhar Prison attack under its banner will be further investigated.

Presidential spokesperson Seddiq Seddiqi said on Tuesday, that they will continue to monitor IS-K-claimed attacks in the region.

Sediqqi added that the Taliban was responsible for severing ties with all terrorist groups after the signing of the peace agreement with the U.S. He said:

“Currently, most of the members of IS-K are from Taliban, and this is a fact and the whole world knows it.”

He added, “It was the responsibility of the Taliban to sever ties with all terrorist groups after the signing of the [Doha] peace agreement.”

“It is unacceptable for Taliban fighters to re-join IS-K after peace and it will not solve any problem.”

Similar findings were also included in the United Nation’s 26th report of the Analytical Support and Sanctions Monitoring Team (MT) which said that IS-K’s tactics included attracting Taliban fighter who opposed the Doha agreement with the U.S.

The purpose was to build consensus and support for the peace process, and to expand regional and economic cooperation.

According to him, the government is trying to complete the list of the Cabinet as soon as possible and send it to the parliament for the vote of confidence after the summer vacation.

The presidential spokesperson said that 272 detainees from Nangarhar Prison were still missing after the attacks ended on Monday evening.

The clash, which lasted nearly 23 hours, killed 29 people, including civilians, prisoners and security forces, and wounded almost 50 others.

IS-K said in a statement that the attack was successful and that the group had managed to release their detained members.