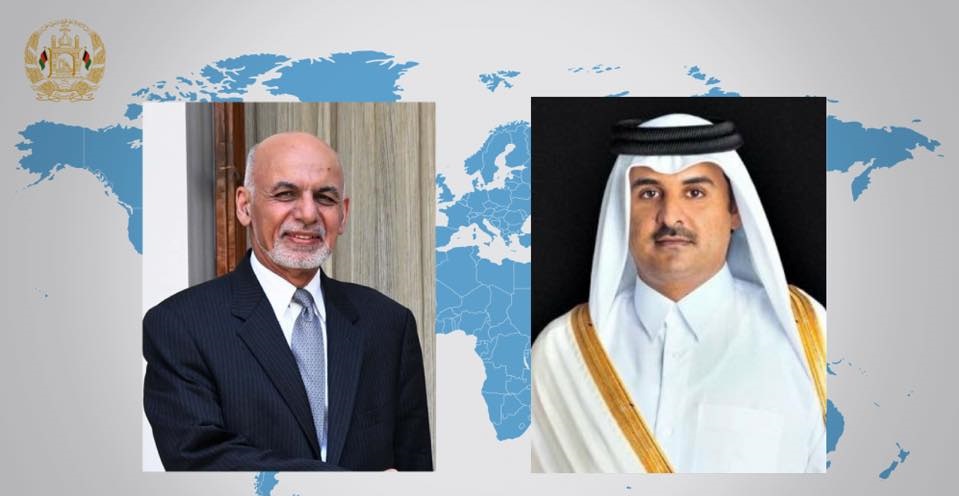 As the second round of intra-Afghan talks approaches, the Presidential Palace announced that the Emir of Qatar had promised in a telephone conversation with President Ghani that he will try to make grounds for a ceasefire in Afghanistan.

The Presidential Palace said in a statement that President Ghani had a telephone conversation with the Emir of Qatar, Tamim bin Hamad Al Thani, on Saturday.

Arg said that during the telephone call, the two sides discussed the Afghan peace process and stressed the need for an immediate ceasefire.

According to a statement, the Afghan government has also promised to work for a ceasefire in the country.

Arg stressed that President Ghani and the Emir of Qatar also discussed the strengthening and expansion of relations and cooperation, especially the development of trade relations between the two countries.

In the meantime, Hafiz Mansour, a member of the Afghan negotiating team, said at a meeting in Kabul today that the delegation of the Islamic Republic of Afghanistan will leave for Doha on Monday to advance the second round of talks.

According to him, the Taliban have no plans to govern, but their hunger for power and narrow-minded spirit has not changed.

“The two main challenges we faced in the peace talks were that the Taliban did not accept anything called the republic and the government,” he said. “The Taliban wanted to launch a religious game (Shia and Sunni).”

“The Taliban are not a religious movement because they are not ready for a religious debate in any field, and their war has no religious justification and is not defensible,” he said, noting that the Taliban leaders and their muftis have no religious legitimacy in their actions.

Hafiz Mansour stressed that there are differences of opinion between the government and the Reconciliation Council that should be resolved as soon as possible.

According to him, the Supreme National Reconciliation Council should establish a national consensus in Afghanistan and considers all groups.